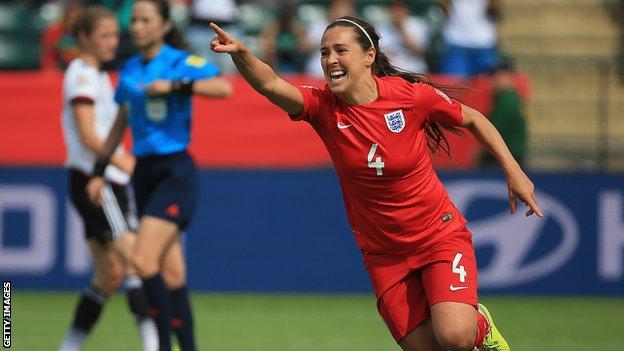 England’s record appearance holder Fara Williams has announced she will retire at the end of the season.

She represented Team GB at 2012 Olympics and played for Charlton, Chelsea, Everton, Liverpool and Arsenal during a 20-year career.

She said she made the “difficult decision” after “much consideration and despite offers to remain in the game”.

“It has been a pleasure and a privilege to have had a career of more than 20 years within the women’s game,” Williams said.

“Playing football is all I have ever known, but I am excited for the next chapter of my life.

“I look forward to remaining within the game, pursuing opportunities within the media and continuing my coaching badges.”

Williams won two Women’s Super League titles with Liverpool and won the FA Cup in 2010 and 2016 with Everton and Arsenal respectively.

She was part of the England squad that finished third at the 2015 World Cup and passed Rachel Yankey’s record of 129 caps in 2014.

She joined Reading in 2017 but her playing time has been limited this season by a kidney condition.