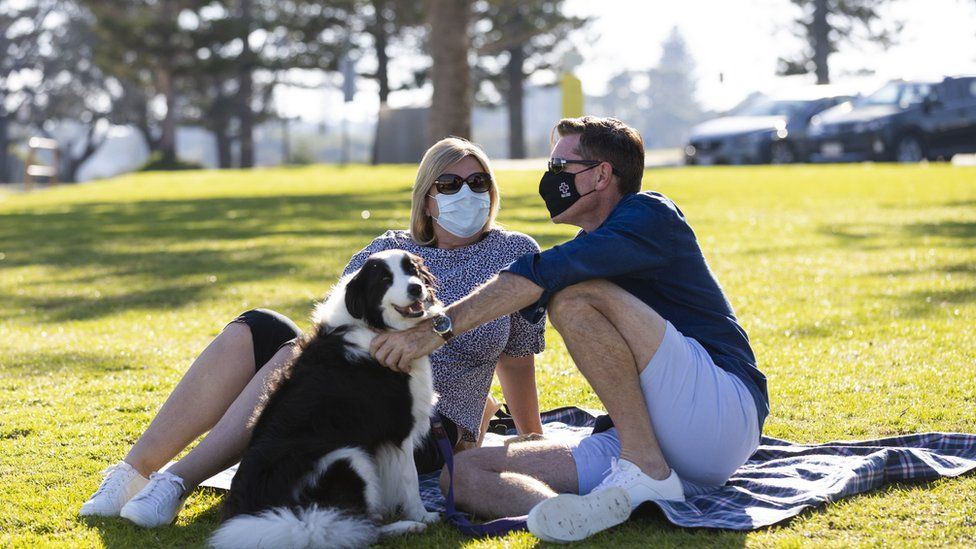 The Australian city of Perth will end a snap three-day lockdown that began after a man contracted Covid in hotel quarantine and moved around the community while infectious.

Three local cases have been reported since Friday, and restrictions are set to be lifted at midnight (GMT 17:00).

Mr McGowan described the lockdown in the West Australian capital as a circuit-breaker that had “done the job it was designed to do”.

About two million residents in Perth, and the nearby Peel region, have been subject to stay at home orders since Friday.

Schools and most businesses are set to reopen, though some restrictions – including mandatory mask wearing – will remain.

“We need to be cautious as we come out of lockdown as the virus could still be out there,” he said.

In Australia, snap lockdowns have proved to be an effective health measure to help suppress Covid outbreaks early on. The country has fared much better than most other nations during the pandemic, with fewer than 30,000 cases and 910 deaths.

At the same time, frustration has grown in Australia over the slow pace of the vaccination rollout. The immunisation programme has been beset by delays and the country has one of the world’s lowest Covid vaccination rates.

Despite its success in managing outbreaks, the latest Australian lockdown again ignited debate over the safety of the country’s hotel quarantine system.

The case at the centre of the Perth lockdown was a returned traveller who probably became infected in hotel quarantine. He spent five days in the community before testing positive, along with one of his close contacts, which marked the first case of community transmission of the virus in Western Australia in 12 months.

Australia has imposed strict border controls and all international arrivals – essentially restricted to returning residents or travellers from New Zealand – must complete two weeks mandatory hotel quarantine at their own expense.

While hundreds of thousands of people have gone through the system, several small outbreaks have been tied to hotel quarantine. The virus has spread from infected people in one room to those in neighbouring rooms. Critics have argued that quarantining in populated city centres amplifies the risk of spread.

The Australian Medical Association (AMA) has been among those calling for an overhaul of the hotel system due to problems with infection control and airborne spread inside the facilities.

“The hotels have never been fit for purpose and we’ve been saying that from the start,” Dr Andrew Miller, AMA Western Australia president, told Australian Broadcasting Corporation on Monday.

Western Australia’s premier Mr McGowan, among others, has called on the federal government to set up dedicated quarantine facilities and divert travellers away from hotels. He suggested immigration detention centres or air force bases could be used as an alternative.

But the federal government has argued such sites aren’t fit for the job – given a lack of segregation within those facilities for eating and washing – and that the states are better placed to manage quarantine.