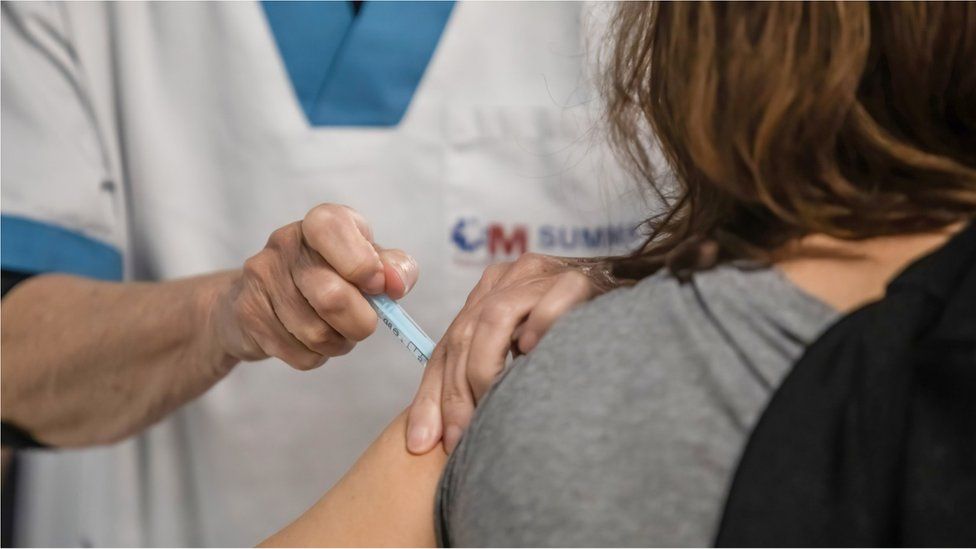 The European Union has launched legal action against the coronavirus vaccine manufacturer AstraZeneca.

The European Commission – the EU’s executive branch – said it was suing the company for not respecting its vaccine supply contract, and for not having a “reliable” plan to ensure timely deliveries.

AstraZeneca said the move was “without merit”.

It said it would “strongly defend itself in court”.

The legal action marks an escalation in a long-running dispute between the two sides over the supply of coronavirus vaccines.

The EU is struggling with the slow pace of its vaccine rollout. Some in the bloc have claimed that AstraZeneca has shown preferential treatment to the UK – but the company has denied this.

What do we know about the legal action?

A European Commission spokesman said the action was launched on Friday, with the backing of all 27 member states.

It stems from a deal the EU agreed with AstraZeneca in August for 300 million doses, with an option for 100 million more.

Earlier this year, AstraZeneca said its supplies would be reduced because of production problems. Of 80 million doses planned for delivery in the first quarter of 2021, only about 30 million were sent.

According to the Commission, the company is set to provide 70 million doses in the second quarter of 2021 instead of the 180 million that were initially arranged.

Health Commissioner Stella Kyriakides tweeted that the commission’s priority was to “ensure Covid-19 vaccine deliveries take place to protect the health of the European Union”.

One EU official told Reuters news agency that the move was taken to “send a message” to AstraZeneca’s chief executive Pascal Soriot.

Please upgrade your browser to see the full interactive

In a statement responding to the announcement, AstraZeneca said it had “fully complied” with its agreement with the EU.

“Our company is about to deliver almost 50m doses to European countries by the end of April, in line with our forecast,” the British-Swedish company said.

“We are making progress addressing the technical challenges and our output is improving, but the production cycle of a vaccine is very long which means these improvements take time to result in increased finished vaccine doses,” the statement read.

AstraZeneca has previously said that the contract obliged the company to make its “best effort” to meet EU demand, without compelling it to stick to a specific timetable.

UK Prime Minister Boris Johnson’s spokesman told reporters he was unaware of the specifics around the legal action. He said AstraZeneca had been a “hugely strong partner for the UK and in fact, globally, for the work they’re doing”.

Under the contract, any legal action would need to be resolved by Belgian courts.