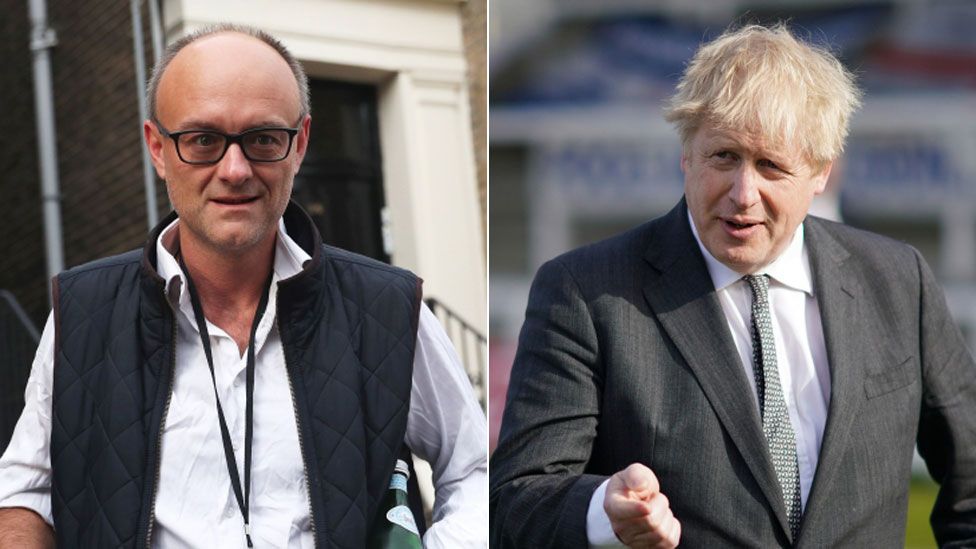 The party will request the government be summoned to the Commons to address claims by ex-adviser Dominic Cummings.

Labour says Boris Johnson needs to disclose where the money came from.

The government said “costs of wider refurbishment in this year have been met by the prime minister personally”.

It comes amid a row over the lobbying of ministers, including the prime minister, after it was revealed he had exchanged text messages with businessman Sir James Dyson. Mr Cummings denied reports he leaked the messages.

Once Mr Johnson’s closest ally, Mr Cummings was forced out of his Downing Street role at the end of last year, following an internal power struggle.

In a blistering attack on his old boss on Friday, Mr Cummings questioned the prime minister’s “competence and integrity”.

No 10 insisted the PM had never interfered in a government leak inquiry.

On Monday, Labour will ask the Commons speaker to grant an urgent question, a device which allows MPs to question a senior minister at short notice.

Mr Cummings promised to answer questions about “any” issues when he appears before a Parliamentary inquiry into the government’s pandemic response on 26 May.

Tory MP Greg Clark, chairman of the Commons Science and Technology Committee, told the BBC the usual procedure would be to publish any documents Mr Cummings provides on lessons learned from the handling of Covid.

Like several of his recent predecessors, Mr Johnson and his fiancee Carrie Symonds are living in the flat above No 11 Downing Street, which is larger than the one above No 10.

In March, Downing Street dismissed as “speculation” suggestions that refurbishments carried out last year would be paid for by Tory donors through a charity set up for this purpose, amid reports that the costs had spiralled out of control.

The Electoral Commission says it is working to establish whether any of the spending on the flat needs to be examined within its own remit on political donations, and therefore needs to be reported and subsequently published.

On Saturday, Labour also said Mr Johnson needed to reveal whether any of the money was a loan.

“All reportable donations are transparently declared and published – either by the Electoral Commission or the House of Commons registrar, in line with the requirements set out in electoral law.

Responding to a Parliamentary question, Cabinet Office minister Lord True said that during successive governments the prime minister has been given an allowance of £30,000 a year from the public funds to maintain and furnish the flat in Downing Street.

He said no work took place in 2019-20 due to the pandemic, but official figures on spending this year are not yet available.

Downing Street contractors have carried out work on painting, sanding and floorboards, Lord True said, while “any costs of wider refurbishment in this year have been met by the prime minister personally”.