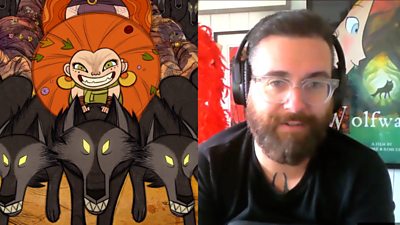 The studio uses a mix of hand-drawn animations and computer graphic techniques in its films.

Tom Moore is co-founder of the Kilkenny-based operation that is now considered a key player on the animation world stage.

His latest film, Wolfwalkers, has been nominated for a best animation Oscar alongside the likes of Pixar’s Soul.

Tomm Moore said: “The Oscars are coming to Kilkenny, they’re setting up an outside broadcast for us in front of Kilkenny Castle, so we’ll be standing there from about 2am onwards.

“It’s always exciting to be part of such a big event, the trick is to take it reasonably lightly and enjoy it rather than take it too seriously.”

He added: “Its always to hard to beat Disney and Pixar, but I don’t mind being the underdog.”