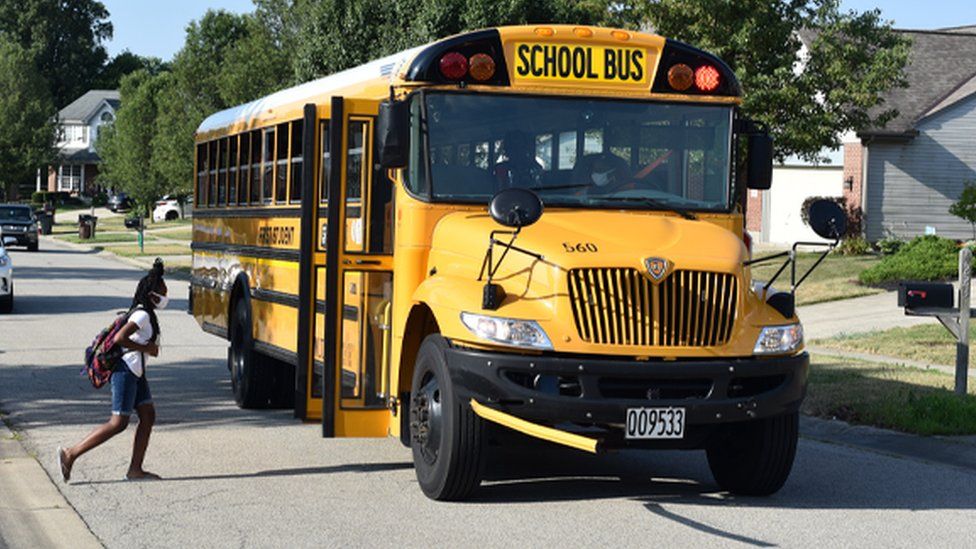 Transport giant FirstGroup has announced the sale of two US bus divisions in a deal worth £3.3bn.

The sale of its First Student and First Transit arms to EQT Infrastructure comes more than a year after it first announced plans to quit North America.

First Student operates about 43,000 yellow school buses in the US, while First Transit runs local bus and transport services.

The sale will now be formally put to a vote by shareholders.

Aberdeen-based FirstGroup has been seeking to pull out of North America and focus on its UK bus and rail operations following pressure from its largest shareholder, Coast Capital.

In a Stock Exchange announcement on Friday, FirstGroup said it would use cash raised from the sale of First Student and First Transit to pay off debts, including£300m borrowed from the UK government as part of Covid-19 support loans.

About £336m will also be added to the UK Bus and Group pension schemes and £365m will be handed over to shareholders in a dividend later this year, the company added.

Chief executive Matthew Gregory said: “Going forward, FirstGroup will be a more focused, resilient business that is in a strong position to deliver for bus and rail passengers in the UK, continue investing in its zero-emissions fleet strategy, and play a key role in meeting society’s broader ESG (environmental, social and governance) goals.”

FirstGroup continues to run bus services across the UK.