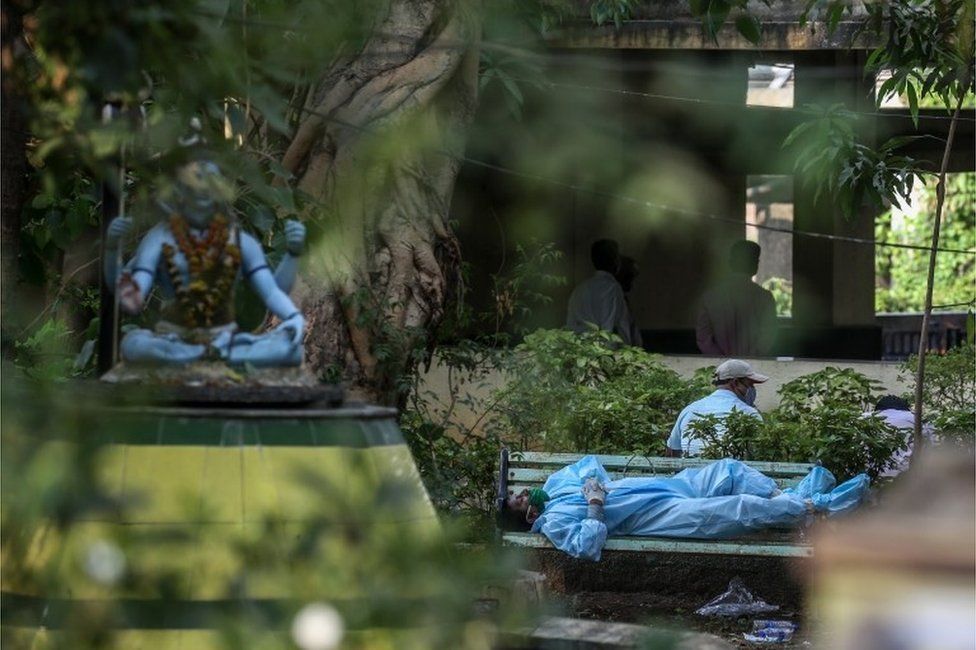 Deaths have been steadily rising in India as critical care beds, medicines and oxygen fall short in an unrelenting wave of Covid infections.

The country has so far confirmed more than 186,000 deaths and 16 million cases – three million have been added just in the last two weeks. And it continues to see record single-day spikes, evidence of a curve that is far steeper than the first wave in mid-September last year.

And the devastating effect is evident in the images pouring in from crematoriums across the country – of anguished families waiting for hours to perform last rites, mass cremations as cities run out of space to honour the dead and incessant plumes of smoke from funeral pyres.

Journalists in various cities have challenged official figures, often spending days outside crematoriums to count the dead. Their estimates suggest that deaths in some cities are ten times higher than what is being reported.

BBC Gujarat reported last week that a crematorium in Surat city had been running for so long that the heat had begun to melt part of its chimney. But officials are yet to revise figures anywhere.

All images are copyrighted.