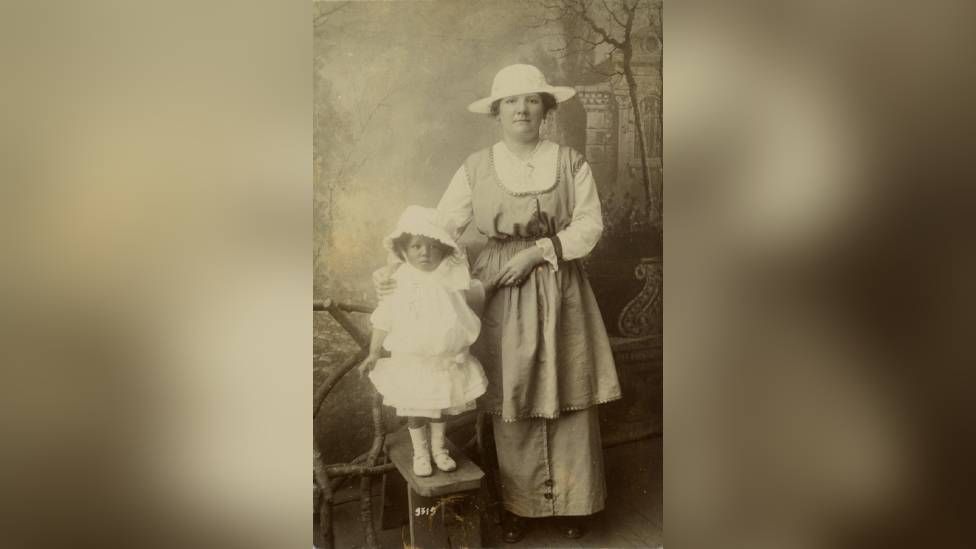 Standing on a stool, a little girl poses for a photo with no idea that decades later there would be a search to find out who she was.

Now, around 100 years on, historians are looking for clues as they put names to faces of people from Cardiff’s past.

Glamorgan Archives want help to identify people in a series of photos, taken in Cardiff Docks.

Archivist Rhian Diggins said the images were a significant piece of the city’s diverse history.

Ms Diggins said: “Quite often the images that survive in collections tend to be of the ‘great and the good’, the wealthy and powerful who would be photographed due to the positions they held in business or society.

“These photographs are interesting because they show the ordinary, everyday people of Cardiff at this time.”

The pictures, which were tweeted in a bid to solve the “archive mystery”, show individuals and family groups from Cardiff’s docklands but there is very little information about them.

The photos are not dated, but Ms Diggins said it was thought they were all taken in the city’s docklands between 1900-1920.

Many are studio portraits which would have been taken in studios, most by photographer Fred Petersen, from Bute Street, in Butetown.

Ms Diggins said while identifying all in the photos was “a long shot”, it would be nice to put names to some of the faces in the photos.