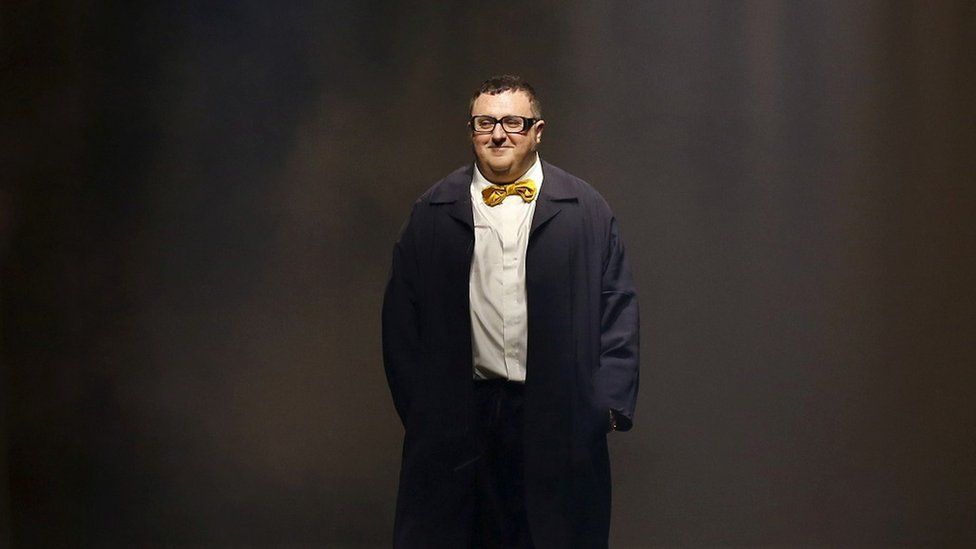 Designer Alber Elbaz, who worked at some of France’s best-known fashion houses, has died in Paris aged 59.

From 2001, Elbaz was artistic director at Lanvin, where he was credited with rejuvenating the brand, until he was sacked in 2015.

He had recently launched his own label, AZ Factory.

He said Elbaz had “worked to realise his dreams of “smart fashion that cares”.

‘Zip in and zip out’

Born in Morocco and raised in Israel, Elbaz went to New York to begin his fashion career, where he worked for designer Geoffrey Beene.

In 1996, he moved to Paris to take up the reins at Guy Laroche. He was selected by Yves St-Laurent to take over responsibility for the Rive Gauche brand, but was dismissed after the company was taken over by Gucci in 1999.

When he arrived at Lanvin, founded in 1889, it was a small fashion house mainly focused on menswear. Elbaz revived Lanvin and transformed it to focus mainly on women’s fashion. His cocktail dresses, many of them featuring heavy zips, were widely praised.

His dresses were favoured by Hollywood actresses, including Natalie Portman. Meryl Streep wore one of his gowns, in gold lamé, when accepting the Oscar for her portrayal of Margaret Thatcher in The Iron Lady in 2012.

“Alber’s dresses for Lanvin are the only ones that when I wear them, I feel like myself, or even a better version of her,” Streep said in 2015.

He was rewarded with many of the fashion industry’s top prizes, including an award named for his old mentor, Geoffrey Beene.

In 2016, he was made a member of the French Legion of Honour, the country’s most prestigious award.