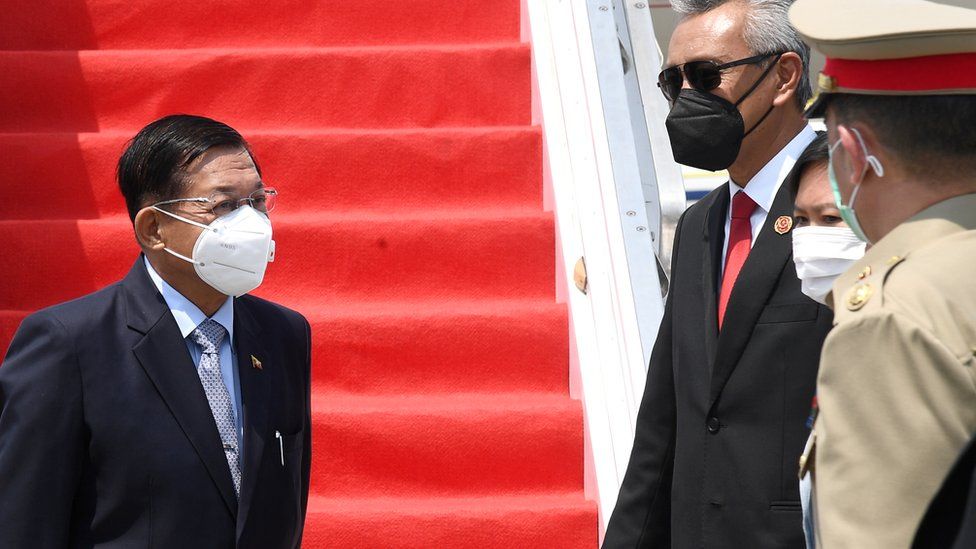 South East Asian leaders have urged the head of the Myanmar army, which took power in a coup in February, to end the violent crackdown in the country.

In his first known foreign trip since the takeover, General Min Aung Hlaing heard calls for the military to stop killing protesters and to release political prisoners.

More than 700 people have been killed since the coup in February.

The talks in Indonesia were the first big effort to address the crisis.

Leaders and foreign ministers from the 10-member Association of Southeast Asian Nations (Asean) took part in the summit that was held in the capital Jakarta despite the Covid-19 pandemic.

Malaysian Prime Minister Muhyiddin Yassin called for an immediate end to the violence against civilians and the unconditional release of political prisoners. “The deplorable situation in Myanmar must stop immediately,” he said.

Indonesian President Joko Widodo also called the situation “unacceptable” and urged the general to allow the aid into Myanmar.

After the meeting, Singapore Prime Minister Lee Hsien Loong said the general was “not opposed” to a visit by as Asean delegation or humanitarian assistance, adding: “He said he heard us, he would take the points in which he considered helpful.”

Demonstrators gathered near the venue of the summit, beating pots and pans and holding signs that read “Restore democracy” and “We stand against the military coup”. Protests were also held in Myanmar’s main cities but there were no immediate reports of violence.

Despite the risk of massive refugee flows or even civil war, Asean members have been divided over whether to even hold a meeting. There are clear signs of splits between governments that want to take action and those that don’t.

The UN special envoy for Myanmar, Christine Schraner Burgener, is in Jakarta for meetings on the sidelines of the summit.