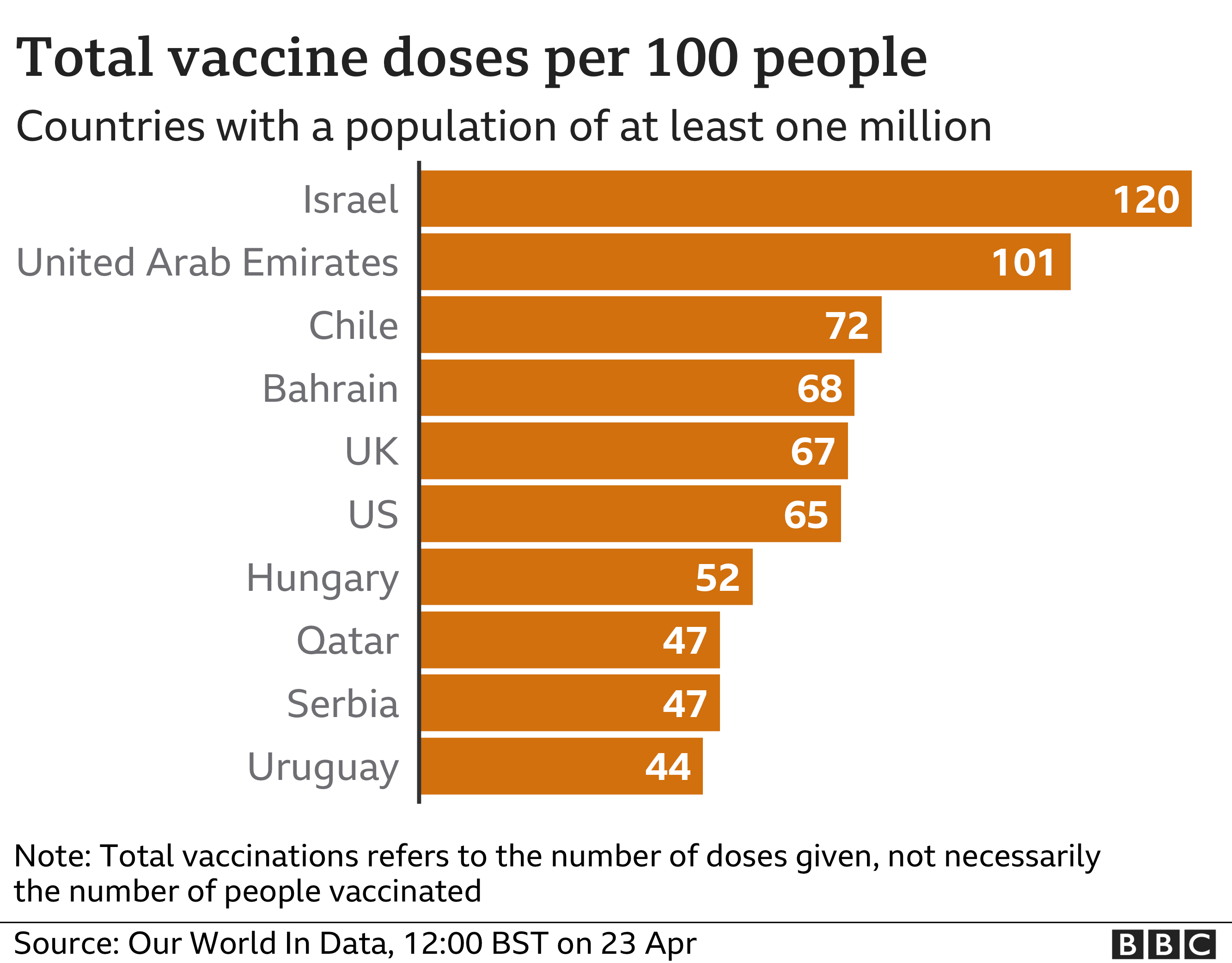 Israel has recorded no new daily Covid-19 deaths for the first time in 10 months, as the country pushes ahead with its speedy vaccination drive.

The last time Israel reported zero Covid-19 deaths was at the end of June last year, after lockdown measures curbed a first wave of infections.

Israel’s outbreak has eased after hitting its peak in January this year.

The Israeli government started to relax lockdown restrictions a month later as vaccinations against Covid-19 were rolled out more widely.

Israel has the highest vaccination rate in the world. On Thursday, the country reached the milestone of five million Covid-19 vaccinations.

The health ministry said more than 53% of the country’s population of about nine million people had received two doses of vaccine.

“This is a tremendous achievement for the health system and Israeli citizens. Together we are eradicating the coronavirus,” Health Minister Yuli Edelstein tweeted on Friday.

Herd immunity happens when enough of a population has protection against an infection, thus stopping it from spreading.

World Health Organization (WHO) experts have estimated that at least 65%-70% of a population need vaccination coverage before herd immunity is reached.

Mr Leshem said herd immunity was the “only explanation” for Israel’s continued fall in cases as more restrictions were lifted.

“There is a continuous decline despite returning to near normalcy,” he said.

“This tells us that even if a person is infected, most people they meet walking around won’t be infected by them.”

Israel began its vaccination campaign last December and since then, it has been the leading nation globally for the number of doses per head of population.

The country has so far relied on only the two-shot vaccine developed by Pfizer and BioNTech. In February, Israel’s health ministry said studies revealed the risk of illness from the virus had dropped 95.8% among people who have had both doses of the Pfizer vaccine.

The country is preparing to start vaccinating children aged 12-15 as soon as the US Food and Drugs Administration, a regulator, approves vaccine use for people in that age bracket.

But while Israel has surged ahead with its vaccination programme, the Palestinian territories have lagged behind.

In March, Palestine received the first shipment of about 60,000 vaccines doses under the international Covax vaccine-sharing scheme.