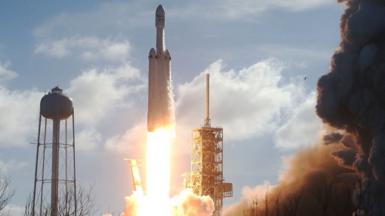 Joe Biden has become the first US president to issue a statement formally describing the 1915 massacre of Armenians as a genocide.

The killings took place in the waning days of the Ottoman Empire, the forerunner of modern-day Turkey.

But the issue is highly sensitive, with Turkey acknowledging atrocities but rejecting the term “genocide”.

A US official said the move was not meant to place blame on modern-day Turkey.

However, Turkey’s Foreign Minister Mevlut Cavusoglu immediately tweeted that his government would “not take lessons from anyone on our history”.

Previous US administrations have not used the term in formal statements amid concerns over damaging relations with Turkey, a Nato ally.

Armenia says 1.5 million people were killed in 1915-16 in an effort to wipe out the ethnic group. They regard it as genocide, and many historians and governments agree the killings were orchestrated.

Turkey accepts that atrocities were committed, estimating that 300,000 died. But it argues there was no systematic attempt to destroy the Christian Armenian people and says many innocent Muslim Turks also died in the turmoil of war.

Mr Biden’s statement, released as Armenia commemorates the mass killings, said: “We remember the lives of all those who died in the Ottoman-era Armenian genocide and recommit ourselves to preventing such an atrocity from ever again occurring.

“And we remember so that we remain ever-vigilant against the corrosive influence of hate in all its forms.”

He had previously welcomed a move by the US House of Representatives, which in 2019 voted overwhelmingly to recognised the mass killings as a genocide.

A Biden official told reporters that the decision to use the term formally as the administration turned its focus to human rights.

Armenian Prime Minister Nikol Pashinyan said Mr Biden’s words had “honoured the memory” of those who had died, adding in a tweet: “The US has once again demonstrated its unwavering commitment to protecting human rights and universal values.”

But the Turkish foreign ministry responded angrily, saying in a statement they “reject and denounce in the strongest terms the statement”, saying it had been “made under the pressure of radical Armenian circles and anti-Turkey groups”.

It warned the move would “open a deep wound that undermines our mutual trust and friendship”.