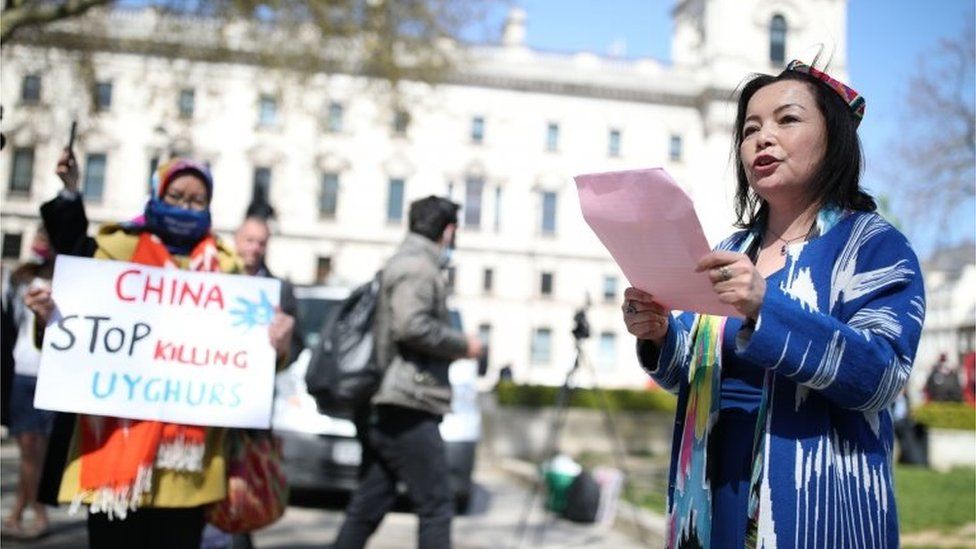 The House of Commons has declared for the first time that genocide is taking place against Uyghurs and others in north-west China.

The motion approved by MPs does not compel the UK to take action, but is a sign of growing discontent towards the Chinese government in Parliament.

He said it brought the UK Parliament in line with Holland, Canada and the United States.

Sir Iain was one of five UK parliamentarians sanctioned by China for spreading what it calls “lies and disinformation”.

Speaking in the debate, Nus Ghani – another MP to be targeted by China – said genocide meant intent to “destroy in whole or in part” a national, ethnic, racial or religious group.

“All five criteria of genocide are evidenced as taking place in Xinjiang,” she said.

She also said women in the Uyghur region were being fitted with birth control devices, adding: “The Handmaid’s Tale is a fairy tale compared to the reproductive rights of Uighur women.”

The government opposed the motion arguing that deeming an event to be a genocide was a matter for “competent national and international courts after consideration of all the available evidence”.

Despite government opposition, the motion passed because ministers did not vote against it.

Foreign Office Minister Nigel Adams insisted the UK was “ramping up pressure” on Beijing through the United Nations.

Earlier this year, Canada, the European Union, the UK and the US imposed sanctions on Chinese officials in protest at rights abuses in the country.

China has denied allegations of abuse and argued that the camps are a tool to fight terrorism.