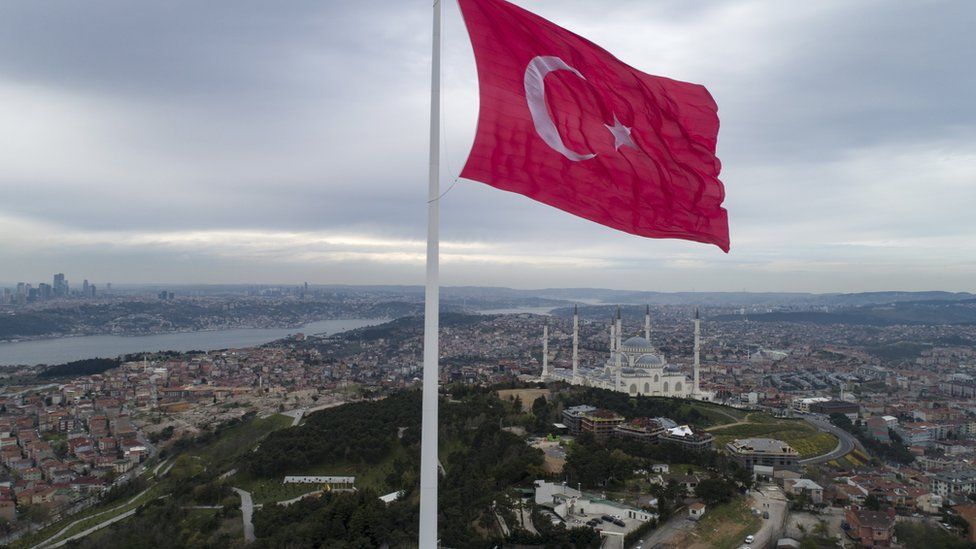 Turkey has issued an international arrest warrant for the founder of a cryptocurrency trading platform.

State media report that Faruk Fatih Ozer fled to Albania with an alleged $2bn from 391,000 investors.

Mr Ozer called the allegations against him “baseless” and said he is in Albania for work meetings.

The Turkish justice ministry has begun legal proceedings to seek the arrest and extradition of Mr Ozer from the Albanian capital Tirana, Andalou reported, adding that Interior Minister Suleyman Soylu had spoken to his Albanian counterpart on the phone.

Interpol issued a red notice for Mr Ozer on Friday after receiving a request from Ankara.

Increasing numbers of Turkish people are opting to use cryptocurrencies in an attempt to protect their savings from a sharp decline in the value of the local currency, the lira. But the Turkish cryptocurrency market is unregulated.

Last week, Turkey said it would ban the use of cryptocurrencies to pay for goods and services from 30 April.

What happened to Thodex?

Things started to look amiss on Wednesday when Thodex posted a mysterious message saying it needed five days to handle an unspecified outside investment. It then suspended trading.

Investors started to contact the authorities, with complaints against Thodex up by more than 1,160% compared to the previous week.

On Thursday, Turkish security officials released a photo of Mr Ozer, believed to be 27 years old, at Istanbul Airport travelling to an undisclosed location.

It was later confirmed by security sources that he had been in Albania since Tuesday.

He said he was abroad for meetings with foreign investors, and that he would return to Turkey “in a few days and cooperate with judicial authorities so that the truth can come out”.

Then at 06:00 local time (03:00 GMT) on Friday, the police launched raids in eight different Turkish cities, including Istanbul, where they searched the company’s headquarters and seized computers and digital materials.

They had warrants to arrest 78 suspects in total, and have detained 62 so far.