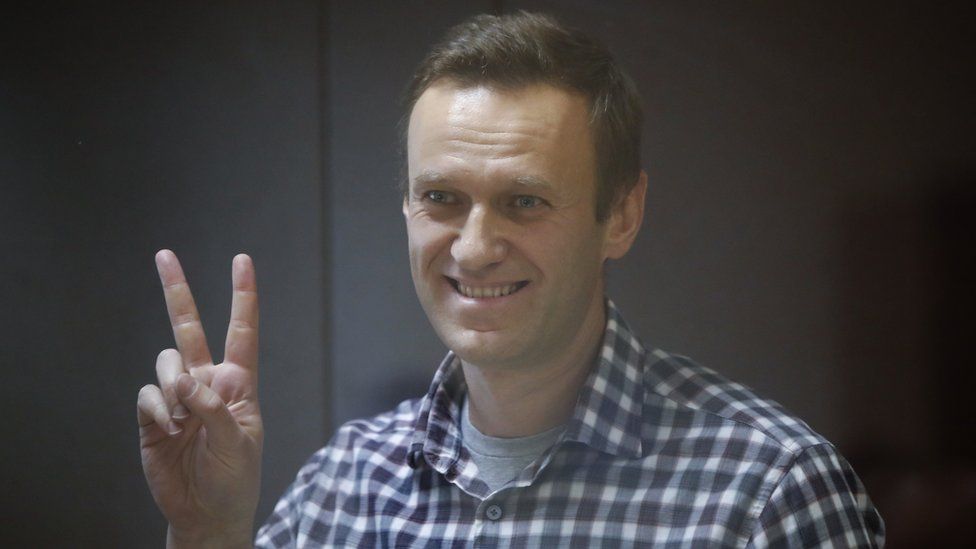 Russia’s main opposition figure Alexei Navalny has announced he is ending his hunger strike after 24 days of refusing food in jail.

Hours earlier his private doctors had appealed to him to take food to preserve his life and health.

He said he had twice been seen by civilian doctors and “given the progress and circumstances, I am ending my hunger strike”.

The process would be gradual, he added.

His doctors had warned at the weekend he could die “at any minute”. Navalny has complained of numbness and back pain and said he had not been given proper treatment by prison doctors.

President Vladimir Putin’s foremost critic, he was detained as soon as he returned to Russia in January, after receiving treatment in Berlin for a nerve-gas attack in Siberia that left him in coma and fighting for his life.

He was sent to a penal colony in February for over two and a half years, after a court ruled he had broken the terms of a suspended jail term, even though he had been in a coma. Russia rejected a ruling from the European Court of Human Rights that he should be freed because his life was at risk.

Thousands of Navalny supporters took to the streets of Russian cities on Wednesday and more than 1,700 were arrested.