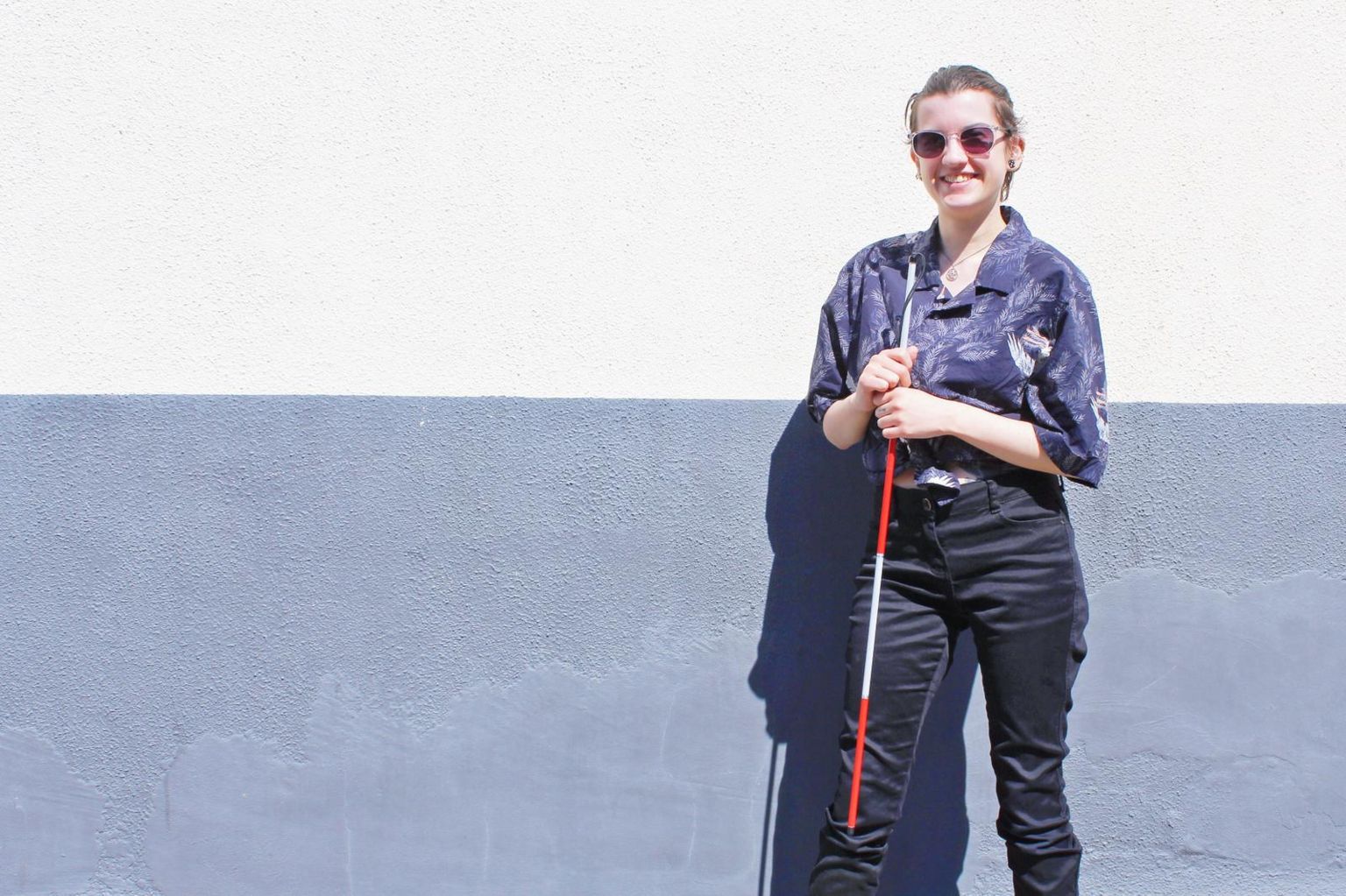 The Oscars are upon us once again – but change surrounds this year’s ceremony that goes far beyond the red carpet adjustments enforced by the pandemic.

As the most diverse Oscars ever in terms of nominees, the increased representation also extends to the films themselves – with disability explored in new depth.

Best picture contender Sound of Metal, about a drummer facing hearing loss, saw best actor nominee Riz Ahmed learn sign language for the role. His co-star Paul Raci, who is up for best supporting actor, is a CODA (Child of Deaf Adults) and many of the other actors are deaf in real life.

Elsewhere best documentary nominee Crip Camp explores how a 70s hippie camp for disabled youths affected the US disability rights movement; while nominated short Feeling Through has been praised for being the first modern-day film to star a deafblind actor, Robert Tarango.

Aside from deaf actress Marlee Matlin, who won the Oscar for best actress in 1987 for Children of a Lesser God, the Academy has overwhelmingly rewarded non-disabled actors for tackling disability – most recently Eddie Redmayne’s portrayal of Stephen Hawking in 2014’s The Theory of Everything.

Last year, an annual inequality report from Florida’s USC Annenberg School for Communication and Journalism found that only 2.3% of all speaking characters across the 100 top-grossing films of 2019 were even depicted with a disability, let alone played by an actor with one.

Speaking to BBC News earlier this month, Sound of Metal actor Raci backed calls for “better representation” on screen, citing the film’s three-dimensional representation of disabled people as a way to change attitudes.

The fight for more varied roles and complex depictions is a cause shared by RJ Mitte, who starred in Netflix series Breaking Bad as Walter White’s disabled son, Walter “Flynn” White Jr.

The character portrayed disability in an honest yet accessible way and Mitte, who has cerebral palsy, has since advocated for greater steps to be taken by Hollywood.

“Whenever awards season rolls around, we always hope to see a diverse group of projects that reflect all of us, in body and mind,” he said. “Watching the awareness grow around disability representation has been great to see, but breakthroughs sometimes come in pieces and moments instead of larger change.

“This year I was thrilled to see Riz Ahmed be recognised and have Sound of Metal bring attention to hearing loss and the struggles of learning to adapt and accept a new ‘normal’,” he continued. “There are so many issues this community faces, and that shouldn’t be limited in films to characters in wheelchairs or crutches as the only disability we see.”

Mitte wants these conversations to continue with major studios. He says the release next month of his latest film Triumph, about a high-school student with cerebral palsy who harbours dreams of becoming a wrestler, “feels due to so many people advocating for disabled voices to be heard.”

But what do viewers within the disabled communities represented on screen in this year’s nominations think of the portrayals?

The film is about a drummer and those around him dealing with the impact of him losing his hearing.

Sound of Metal leaves me feeling rather conflicted. The award nominations and media attention has led to many more people learning and talking about deafness – which is always a good thing, to some extent. But when it’s led by a cast and creative team who are mostly hearing, there’s bound to be several issues around the accuracy and representation of the issues it tries to explore.

Inaccuracies, such as the cochlear implant making someone “hearing'”(they don’t restore a person’s hearing) and an audiologist using the term “completely deaf” (it’s rare for someone to have no residual hearing at all), are just some significant issues that stem from this.

To be clear, I think Riz Ahmed learning both sign language and the drums for the role is commendable, and there is an argument that Ahmed’s experience learning American Sign Language (ASL) can be easily transferred over to [his character] Ruben’s story arc. But the argument that a hearing actor has to play the character because Ruben was once hearing dismisses the experience of actors who became deaf in later life, and so have an understanding of life as both a hearing and deaf person.

While deaf actress Lauren Ridloff does feature in Sound of Metal this is only as a minor character, so her performance appears as nothing more than awkward tokenism. In my opinion, it’s one side of the scale of disability representation that we’re seeing a lot of in films at the moment. The other end, I believe, is when disabled people aren’t even in the movie at all – see the recent furore over Sia’s casting of Maddie Ziegler in Music, a film about a non-speaking autistic person.

What we need is proper disability representation front and centre, but also behind the camera too, influencing key aspects of a film such as the story and the direction.

This movie wrecked me, in a good way! The film was beautiful and rich. Riz Ahmed was beyond wonderful. He’d get my vote for the Oscar.

I was torn to see Ruben’s journey. I stood by him all the time, as in some ways he mirrored my own conflicted journey. Paul Raci was fantastic as an advocate of accepting sign language. He was so right yet I wouldn’t follow his ideals. I am currently able to talk like everyone else. I read lips and use hearing aids, so I don’t intend to learn sign language.

There’s always a conflict in my life when it comes to the decision of learning sign language. My little brother is also deaf but has hearing aids. Recently I was told my deafness is becoming severe enough to require a cochlear implant. All of this felt incredibly overwhelming. I needed a reality check. Sound of Metal gave me that at the perfect time.

Overall the movie has done the deaf community justice. It also showed the wider audience that there Is more than one kind of deaf person. The deaf community is diverse and varied. We’re special and we are often underestimated. We just want to be respected and be taken seriously.

This documentary is about Camp Jened, a progressive summer camp for disabled teens that helped spark a movement for disability rights.

The documentary touched us as we actually met at a similar camp in 2000 and got married three years later. It was nice to see the generation before us.

I think it’s interesting that they used original footage from that era – it gave a sense of the unity and spirit. Adults treating each other as such, I don’t know if they’d be able to capture the same today. It’s weird because, even though we have more ways to be connected, things feel even more disconnected now.

Back when we born, in the mid ’70s, we were institutionalised. Of course we’ve come a long way from that, but we’re still navigating an able-bodied world. Today, when you meet someone who’s able-bodied, you generally get two things: people who take you as you are, or act like they’re walking on egg-shells around you.

We hope it will raise awareness. Ever since [Crip Camp] came out last year, we’ve been asked by a bunch of able-bodied people whether we’ve seen it, given our history. As the only jointly disabled couple in our area in Texas, we hope people will now feel comfortable asking more questions and that this will spark more of a conversation around disability and disability rights.

The documentary showed it takes a two-way street of adaptation to create change.

As one of the “new” generation of disability rights campaigners (I was born in 1995 – the same year as the Disability Discrimination Act’s launch in the UK!), watching Crip Camp and learning about the foundational work of the activists who came before me, and to whom I owe so many of the rights and freedoms I enjoy today, is both grounding and galvanising.

It makes me feel like I’m a part of something much bigger than my own personal struggles, connected to a vibrant community of people who share my experiences and world view.

Yes, we have come a long way since the Capitol Crawl [a 1990 protest in Washington DC] and the now infamous scenes of wheelchair users chaining themselves to buses, but there is still such a way to go – and Crip Camp may have just inspired a whole generation to take up the fight.

This is a short film in which homeless teen Tereek meets a deafblind man called Artie at a bus stop.

The reality of the film’s depictions vary. As much as it gets a number of the tactile interactions correct – such as tapping a person’s knee to let them know you’re next to them – I shouted at the screen when Artie was shown holding a sign highlighting his needs. I understand it’s based on director Doug Roland’s experience, but nobody I have ever known does that in the community!

That said, it does a good job highlighting how deafblind people can be taken advantage of. However, while the film does raise awareness, I find the overall impact negative. It presents Artie’s singular experience as representative of deafblindness as a whole. Sighted and hearing people will see that and say ‘ah yes, if I’m helping a deafblind person in a shop I can just take their wallet and do it for them, and they’ll understand me drawing letters on their palm.’ But that’s not necessarily the case.

I feel we lack representation in the media to the point where we’re almost scared to criticise it. Feeling Through isn’t necessarily disability representation, rather playing to stereotypes. I await the day where we have a disabled character who survives the plot of their disability.

A lot of disability organisations are thrilled a deafblind actor is playing a deafblind character. I’m thrilled too, but that does not excuse the film’s harmful messages. Ableism prevents many people from giving this film a fair review. We should be able to point out what the producers got right and what they got disastrously wrong.

The New York Times praised the film for allegedly providing “a window into the largely unknown world of deafblindness.” This is false. The film’s portrayal of deafblindness does not represent deafblind people. The deafblind people I know do not hand their wallets to complete strangers, purchase items without knowing the items or price, or fall asleep in the middle of the night at a bus stop in New York.

Trust is fragile. Many disabled people fear people taking advantage of us. Feeling Through not only affirms those fears, but encourages compassion for the non-disabled thief over justice for the disabled man.

The producer flattened the disabled character into a mere prop in the non-disabled character’s story, one of the oldest disability tropes. How disabled people are portrayed in films impacts the discrimination we face in the real world. Deafblind people rarely appear on screen, so the harm caused by this film is significant.

One last thing. Some film critics claim Feeling Through is the first film to cast a deafblind actor in a leading role, but that’s incorrect. The 1919 film Deliverance featured Helen Keller, cast as herself in that film about her life. Let’s continue to remember Helen Keller.