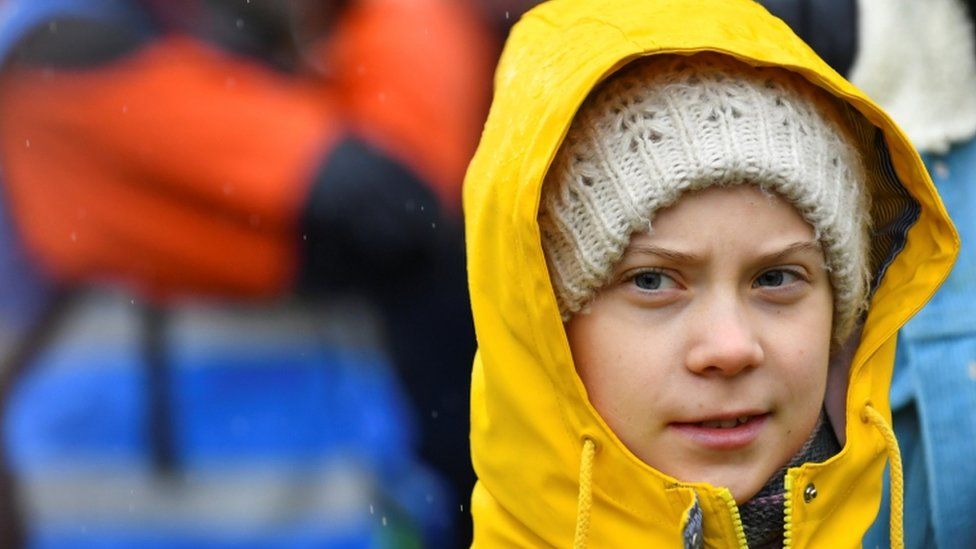 Teenage climate activist Greta Thunberg has updated her Twitter biography to describe herself as a “bunny hugger”.

The change comes after remarks made by the prime minister, Boris Johnson, to US President Joe Biden’s virtual climate summit on 22 April.

The remarks made were met with bemusement from some on social media.

It is not the first time the Swedish climate activist – who’s also changed her Instagram profile – has used her Twitter bio to make a joke.

She changed her Twitter bio to feature the words “currently chilling” after former US President Donald Trump told her to “chill” in 2019.

In the same year, she also changed her description on the site to “pirralha” (the Portuguese word for brat) after Brazilian President Jair Bolsonaro used the word to describe her.

She also responded to Russian President Vladimir Putin calling her “a kind but poorly informed teenager” by putting the quote into her social media biography.

In his speech, delivered virtually, Mr Johnson argued that tackling climate change is about “growth and jobs” not “expensive bunny hugging”.

He quickly backtracked, saying there was “nothing wrong with bunny hugging but you know what I’m driving at”.

His speech attracted thousands of comments on social media, with Dragon’s Den star Deborah Meaden telling her followers on Twitter that the prime minister’s speech was best watched “curled up behind the sofa”.

Best watch this curled up behind the sofa….it is truly cringeworthy. the most important issue we face today and he stumbles through ridiculous out of step bunny Hugging comments FGS ( you could replace the G with an F…) #EarthDay2021 https://t.co/CUKoqoiQML

Others on the site expressed concern that the remarks made by Mr Johnson may not have translated well for those watching without English as a first language.

The virtual climate summit was organised by US President Joe Biden.

He described the coming years as a “decisive decade” for action on the climate crisis.

Later this year, the UK is due to host the COP26 climate summit in Glasgow.