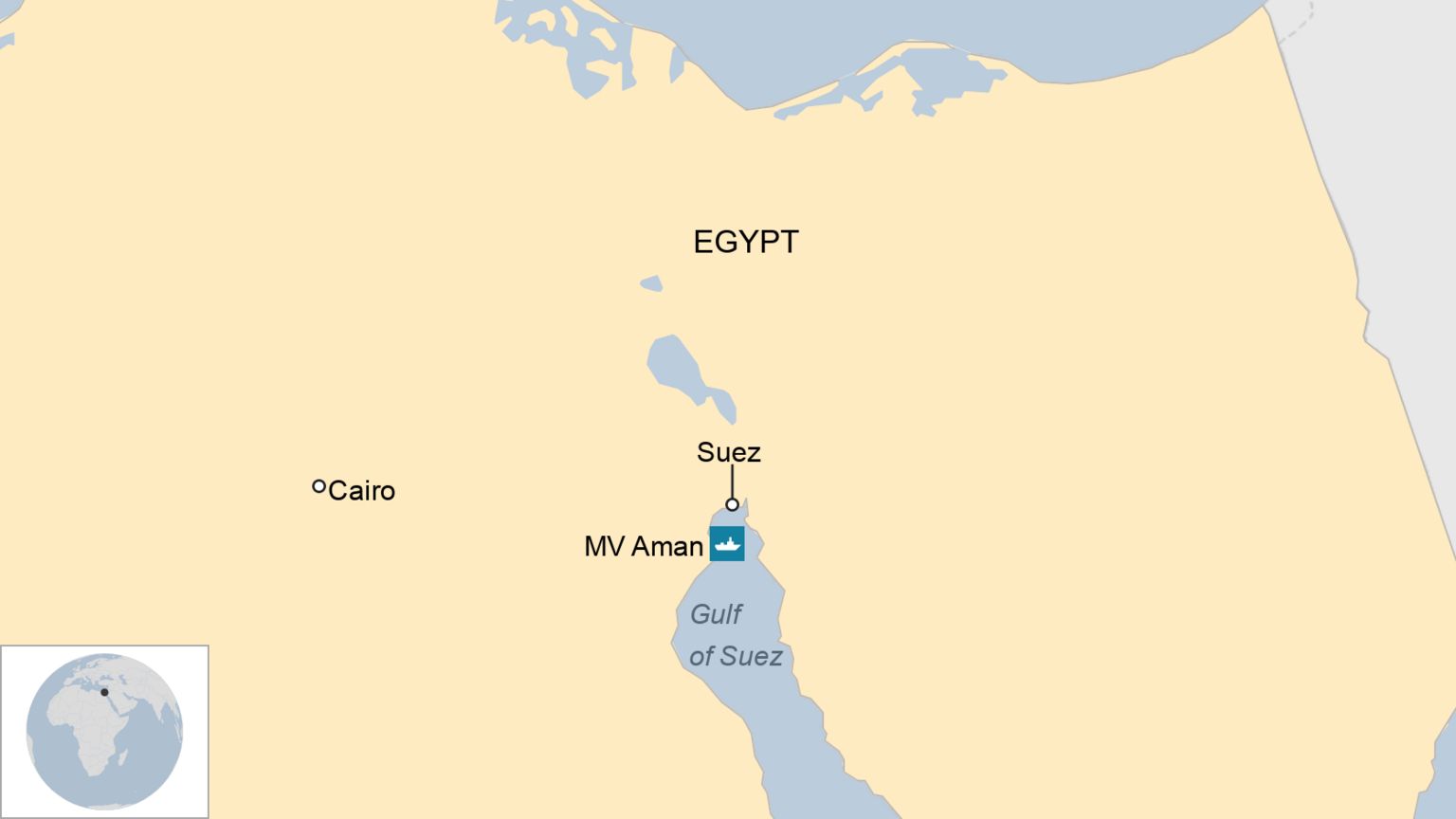 Today, after spending almost four years on board stranded off the Egyptian coast, he was freed and flown home to Syria. So how does he feel?

His text, from the aircraft on the tarmac at Cairo airport, was brief.

And then came a voice message.

“How do I feel? Like I finally got out of prison. I’m finally going to be rejoined with my family. I’m going to see them again.”

It marks the end of an ordeal which has taken its toll on Mohammed’s physical and mental health. He was, after all, condemned to a life without power, sanitation or company.

It began in July 2017, when the MV Aman was detained at the Egyptian port of Adabiya. The cargo ship was held because it had expired safety equipment and classification certificates.

It should have been easy enough to resolve, but the ship’s Lebanese contractors failed to pay for fuel and the MV Aman’s owners in Bahrain were in financial difficulty.

Mohammed, who was born in the Syrian Mediterranean port of Tartus, says he wasn’t told what the order meant and only found out months later, as the ship’s other crew members started to leave.

For four years, life – and death – passed Mohammed by. He watched as ships sailed past, in and out of the nearby Suez Canal.

During the recent blockage caused by the giant container ship Ever Given, he counted dozens of ships waiting for the traffic jam to ease.

He has even seen his brother, a fellow seafarer, sail past more than once. The brothers spoke on the phone but were too far apart even to wave.

In August 2018, he learned that his mother, a teacher responsible for his excellent English, had died. That was Mohammed’s low point.

“I seriously considered ending my life,” he told me.

By August 2019, Mohammed was alone but for the occasional guard and trapped on a vessel with no diesel and, consequently, no power. He was legally obliged to stay aboard and was unpaid, demoralised and feeling increasingly unwell.

He said the ship was like a grave at night.

“You can’t see anything. You can’t hear anything,” he said. “It’s like you’re in a coffin.”

In March 2020, a storm blew the Aman off its anchorage. The ship drifted five miles (8km), eventually running aground a few hundred metres from the shoreline.

It was terrifying at the time, but Mohammed thought it was an act of God. Now he was able to swim ashore every few days, buy food and recharge his phone.

Astonishing as Mohammed’s story is, his experience is not unique. In fact, seafarer abandonment is on the rise.

According to the International Labour Organization, there are more than 250 active cases around the world where crews are simply left to fend for themselves. It says 85 new cases were reported in 2020, which is twice as many as in the previous year.

Meanwhile, at the Iranian port of Assaluyeh, 19 mostly Indian crew members of the bulk carrier Ula are on hunger strike after their vessel was abandoned by its owners in July 2019.

A crew member recently told the shipping journal Lloyd’s List that the situation on board was “very critical”, with depression rife and seafarers’ families running out of money.

“The first time I came across one of these cases, I was in total shock,” said Andy Bowerman, Middle East and South Asia director for the Mission to Seafarers.

From his base in Dubai, he has seen this happen time and again, usually for the same combination of reasons.

“We’re currently working with a case here, where the company have a huge mortgage on the vessel, but their debts are way beyond that. So sometimes it is just easier to tell the crew to drop anchor and to almost literally walk away.”

The Aman’s owners, Tylos Shipping and Marine Services, told the BBC they had tried to help Mohammed but that their hands were tied.

“I can’t force a judge to remove the legal guardianship,” a representative told us. “And I can’t find a single person on this planet – and I’ve tried – to replace him.”

Mohammed, they said, should never have signed the order in the first place.

For his part, Mohammed said he felt trapped in a situation not of his making, cornered by Egyptian law and ignored by the ship’s owners . He said months would go by without communication – leaving him feeling let down and isolated.

It’s enough, you might imagine, to make him think twice about going back to sea.

But he is determined. He says he is good at his job and wants nothing more than to pick up where he left off.

After he’s caught up with his family, that is.