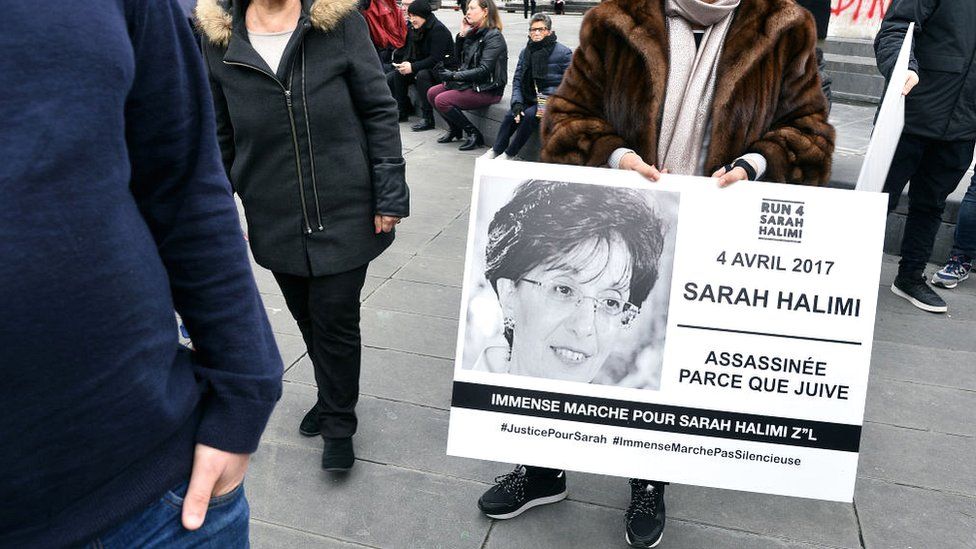 The sister of an Orthodox Jewish woman murdered in France in 2017 is to file a legal claim in Israel in the hope of getting a trial against the killer.

Kobili Traoré cannot stand trial in France after a court deemed he was not criminally responsible due to his mental state.

He killed Sarah Halimi, 65, in what French courts have now accepted was an anti-Semitic attack.

He chanted verses from the Quran as he attacked her inside her Paris flat.

He also chanted God is great in Arabic before throwing her over the balcony of the third-floor flat in the city’s eastern Belleville area.

Mr Traoré, who was 27 at the time of the attack, is currently in a psychiatric hospital.

Israel’s criminal law may apply to anti-Semitic crimes committed abroad that have been denounced by an Israeli citizen, in this case Ms Halimi’s sister Esther Lekover. However, France does not extradite its nationals.

Ms Lekover’s two lawyers “deplore being forced to expedite this procedure, but they cannot accept a denial of justice which offends reason and fairness far beyond the Jewish community of France”, they said in a statement.

Earlier this month, one of France’s highest courts, the Cour de Cassation, confirmed that Mr Traoré would not stand trial. It said he was going through a “delirious episode” when he carried out the attack and was therefore not criminally responsible.

The court said that it did not matter that his mental state was affected by years of drug-taking.

Lawyers for the Halimi family, however, argued that he had consumed drugs of his own volition and the same rules should apply as if he had committed the murder while drunk.

More on anti-Semitism in France:

The decision prompted French President Emmanuel Macron to call for a change in the law. “Deciding to take narcotics and then ‘going mad’ should, not in my view, remove your criminal responsibility,” he told Le Figaro newspaper earlier this week.

“I would like Justice Minister [Eric Dupond-Moretti] to present a change in the law as soon as possible,” he said.

Jewish groups reacted angrily to the decision. The head of the main French Jewish organisation, the CRIF, said the judgement meant Jews could now be killed “with complete impunity” in France.

Lawyers for the Halimi family have said they also intend to take the case to the European Court of Human Rights.

Mr Traoré’s lawyer has said that while he could “obviously understand the victims’ frustration that there will not be a trial [the law] does not allow perpetrators to be tried in such circumstances”.