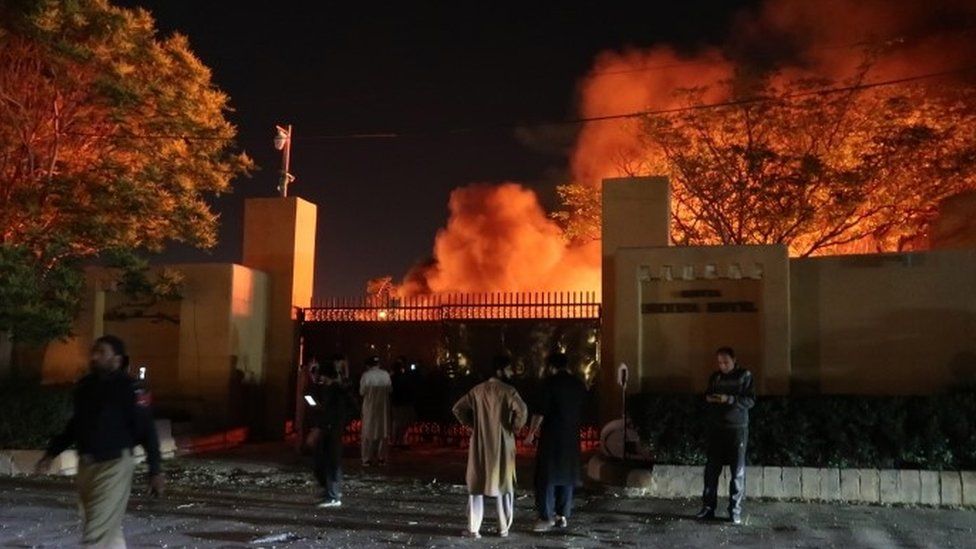 A bomb explosion at a luxury hotel in the Pakistani city of Quetta has killed at least four people and wounded 11.

The Chinese Ambassador to Pakistan is suspected to have been the target of the attack in the car park of the Serena hotel, correspondents say.

He is understood to be in Quetta, the capital of Balochistan province near the Afghan border, but was not present at the scene at the time.

The Pakistani Taliban have claimed responsibility, without giving details.

In recent months the group, and other militants organisations, have stepped up attacks in tribal areas near the border with Afghanistan.

Balochistan is the site of a long-running separatist insurgency.

Militants want independence from the rest of Pakistan, and oppose major Chinese infrastructure projects in the area.

Footage of the blast was shared on social media in the aftermath, showing a fire raging in the hotel’s car park.

The Serena Hotel is the best known in Quetta, and is the hotel of choice for government officials and visiting dignitaries.