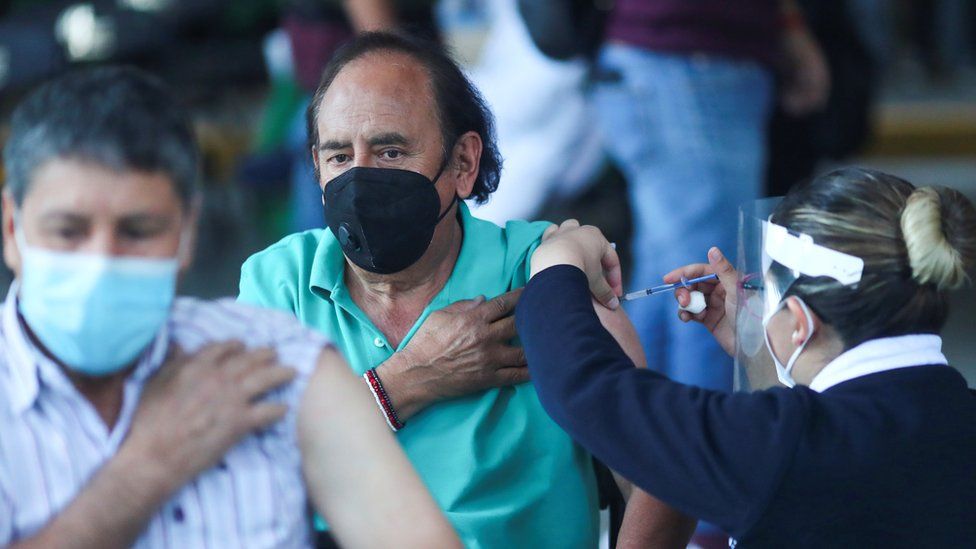 US pharmaceutical company Pfizer says it has identified counterfeit versions of its coronavirus vaccine in Mexico and Poland.

The doses were seized by authorities in the two countries and confirmed by tests to be fake.

In Mexico, they had false labels, while the substance in Poland was believed to be anti-wrinkle treatment, Pfizer said.

The World Health Organization (WHO) has warned that fake vaccines “pose a serious risk to global public health”.

It has called for them to be identified and removed from circulation.

Poland’s health minister on Wednesday stressed that the risk of counterfeit doses appearing in official circulation was “practically non-existent”.

What do we know about the fake doses?

The counterfeit doses were seized by authorities in separate investigations in the two countries.

About 80 people at a clinic in Mexico received a fake version of the drug, which appeared to have been physically harmless but offered no protection against coronavirus, according to the Wall Street Journal (WSJ).

Mexico’s government spokesman on Covid-19, Hugo Lopez-Gatell, said the fake vaccines had been detected by cyber police after being offered on social networks for up to $2,500 (£1,800) a shot. Several people have been arrested.

Polish authorities said no one had received counterfeit doses seized at a man’s apartment.

Lev Kubiak, Pfizer’s head of global security, said the global demand for the vaccine and shortfall in supply had led to the scam.

“We have a very limited supply, a supply that will increase as we ramp up and other companies enter the vaccine space. In the interim, there is a perfect opportunity for criminals,” he told the WSJ.

The US Department of Justice told ABC News it was aware of the counterfeit vaccines identified in Mexico and Poland, and would support local authorities and Pfizer “as needed”.

Researchers told the BBC in March that they had seen a “sharp increase” in vaccine-related darknet adverts, with Covid-19 vaccines, vaccine passports and faked negative test papers being sold.