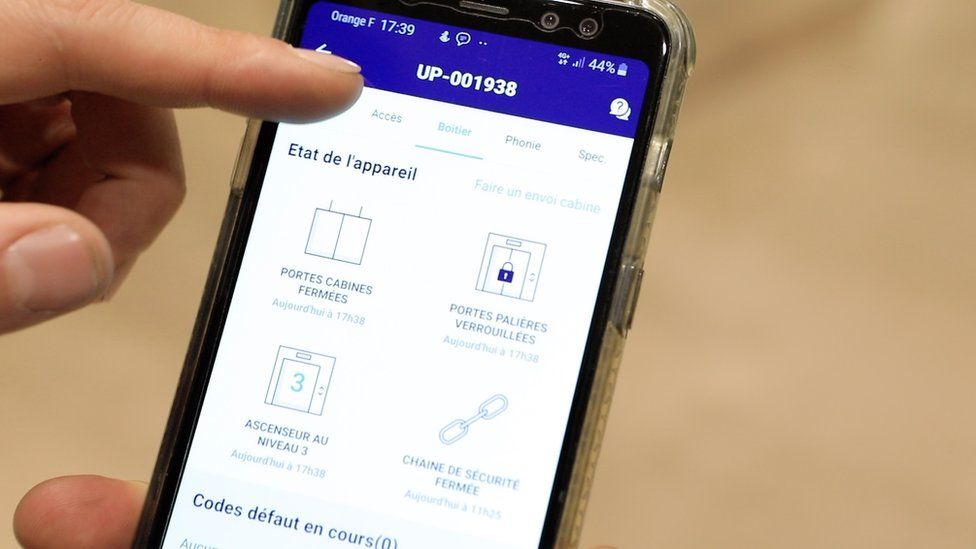 There are at least eight million elevators in the world and each one breaks down at an average rate of four times a year. Tens of thousands of people get trapped in them, often for hours on end.

Uptime is a Paris-based company which has developed technology which can show how a lift might break down in future, so that its operator can get it fixed in time.

It maintains one thousand lifts in the Paris area and has sold its app to lift maintenance firms across the rest of Europe.

“The technology we have is able to connect to the computer of every lift,” says Uptime’s co-founder, Augustin Celier.

“It can retrieve data from lifts of any brand. It detects anomalies in the lift’s performance and those anomalies can enable us, or others, to carry out preventative maintenance.”

Uptime’s ambition is to spread its technology across the rest of the world over the next two years. Yet its growth might have been severely stunted right from its start in 2016, had Augustin and his fellow founder, Amaury Celier, taken up a tempting offer of a loan from a group of business investors.

“Our firm wasn’t even yet incorporated,” says Augustin. “We didn’t even have a name or a website. But then we were contacted by some private investors, who were together in a venture capitalist syndicate.

The syndicate said they were impressed by the market opportunities of Uptime’s technology and the quality of its team. They wanted to invest right away.

“We were extremely tempted to take the money,” says Augustin. “It gave us an optimistic feeling of: ‘Wow! We have people who already trust us so early on in the journey’.”

However, when Augustin and Amaury Celier examined the details of the offer, they sensed it could wreck their plans for Uptime.

“Conditions were bad in the long term,” says Augustin. “If we had taken the offer, we would have been giving maybe half the company to them after two years. And we might not have been able to attract more investors after that, because most of the company had already sold to someone else.

“We might not have been able to raise more cash, so maybe the company would not even exist today.”

Augustin says Uptime raised a smaller sum of money from other investors on less harsh terms. However, he says, some entrepreneurs might accept the type of offer which he refused because of the mentality of many businesspeople to see the upside of deals rather than their downside.

“Always look out for your ‘optimism bias’,” he says, “because when you’re an entrepreneur you always hear only what you want to hear. When that’s positive, you hear it and when it’s negative, you actually don’t hear it.

“My advice is that it’s better to have no money than dud money, or the wrong money. I know there’s a contrary view. Everybody advises against that, saying: ‘If there’s a cookie on the table, you should take it.’

“Actually, I think that is wrong and you should not take money which is not good for your company.”