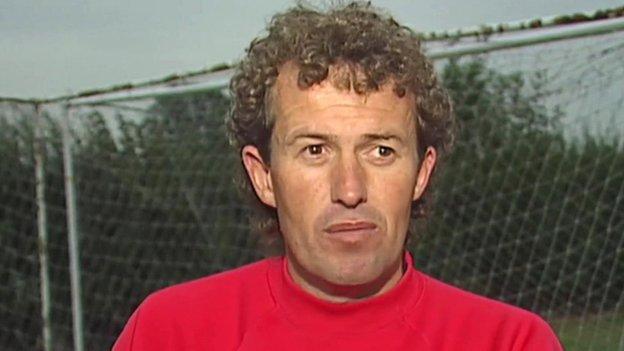 Convicted paedophile Barry Bennell could give evidence as a witness in Manchester City’s defence against a civil claim brought by eight men sexually abused by the former coach.

Bennell is serving a 34-year jail term for abusing boys between 1979 and 1991 while at Crewe and Manchester City.

The claimants’ barrister James Counsell QC said it was an “extraordinary decision” for City’s lawyers to call Bennell as a witness.

City have denied being “vicariously liable” for the abuse committed by Bennell, Mr Counsell said.

Mr Justice Cavanagh, who is overseeing the preliminary High Court hearing, heard that the eight men are in their 40s and 50s and are claiming damages for “personal injury, loss and damage” caused by abuse committed by Bennell when they were aged between about eight and 16.

He said the men claimed that Bennell, who is serving a 34-year jail term for abusing 12 boys, was working for Manchester City when they were abused.

He said Bennell had worked as a Manchester City scout and coached and managed “feeder teams” for which the men had played when they were boys.

There is set to be an eight-week trial later this year.

Mr Counsell told an online hearing this morning that the defendant “is going to call Barry Bennell and indeed has a witness statement from him”.

Court documents say the defendant has “apparently taken the extraordinary decision to call Mr Bennell, presumably intending to put him forward as a witness of truth, despite the fact that he has repeatedly pleaded not guilty but been convicted of numerous sexual offences, including being convicted of 52 criminal offences in 2018, many on these claimants.”

The documents add that this was disclosed “at a late stage” and “shortly before witness statement exchange”.