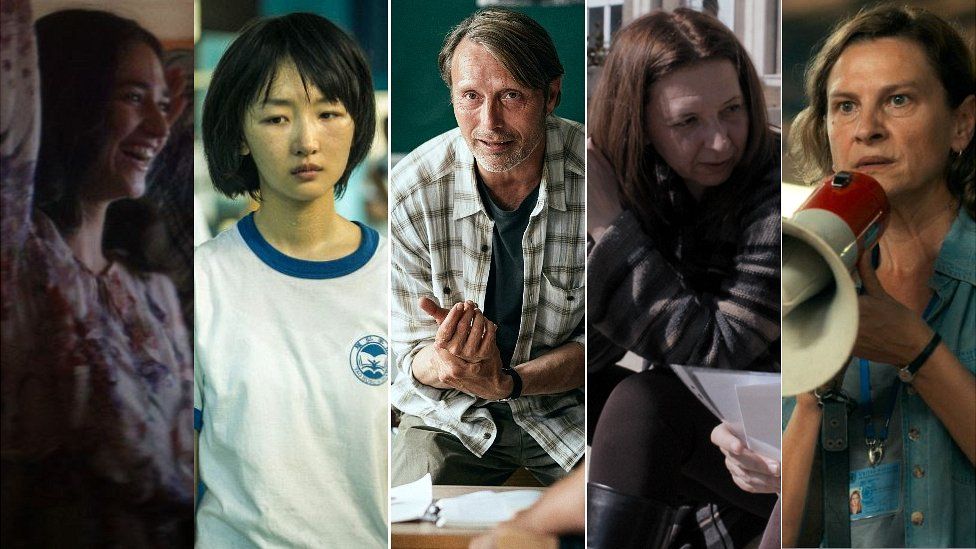 Last year was a turning point for the Oscar category which had for decades been known as best foreign language film.

First came the name change. The Academy of Motion Picture Arts and Sciences decided the word “foreign” was starting to feel out of date.

Then, the newly-named best international feature award went to the South Korean satire Parasite. A hit with audiences and critics around the world, it won a total of four Academy Awards including best picture.

Bong Joon-ho’s film took more than $250m (£182m) at the worldwide box-office and challenged the assumption that this category is basically arthouse fare for a niche audience.

Rule changes now allow all Academy members to participate in the voting process, not just a specialist panel. But the two basic requirements for the international feature category have not altered: countries can still submit a single film and it is permitted very limited English-language content.

The 93 entries came down to the final five, which are outlined here.

What’s it about?: Martin (played by Mads Mikkelsen) is a middle-aged teacher at a school in Copenhagen. He has an attractive wife and children and his closest male friends are three fellow teachers. All the men are to varying degrees jaded with life and all four enjoy a drink.

Martin, in particular, has lost all pleasure in teaching and perhaps even in being alive. At a colleague’s 40th birthday meal the men discuss a scientific theory that maintaining a certain level of alcohol in the bloodstream optimises an individual’s abilities and generally makes life more bearable.

As a result Martin becomes more dependent on alcohol and starts to drink at work. There are moments when drinking gives him, his friends, and those around them, a profound relish for life and a new self-belief. But his wife grows tired of no longer knowing the man she once loved. A tragedy follows.

Chances of winning: Widely tipped to win this category, Another Round has already taken a raft of awards elsewhere, including the Bafta for best film not in the English language. It’s beautifully crafted and acted; Mikkelsen – who was also a Bafta best actor nominee – reminds us he may be the best screen actor in Europe. The film isn’t judgemental about heavy drinking: it’s clear that some characters in the film benefit from it though the screenplay is honest about the excessive role drink can play even in the lives of Denmark’s school students.

There are surprisingly few films where the audience cares about the characters and wants things to end well for them: Vinterberg manages it. About the only false step is the lame English title – the original Danish title Druk means binge drinking or heavy drinking.

Another Round will be released in UK cinemas on 2 July.

What’s it about?: Chen Nian (played by Zhou Dongyu) is a teenager whose life is made a misery by an ingrained culture of vicious bullying at the school she attends. The authorities seem incapable of controlling the violence and a school friend takes her own life in despair.

Chen Nian, whose mother is struggling to escape poverty, becomes the main target of the bullies. But she meets a handsome street kid known as Xiao Bei (Jackson Yee) and she starts to find an unexpected strength and tenderness in their relationship. With his help she begins to turn her life around.

Chances of winning: Better Days was withdrawn at short notice from the Berlin Film Festival – perhaps because the Chinese authorities disliked the film’s negative picture of the country’s education system and the spotlight it throws on the problems impoverished people face in the big cities.

But the story is expertly designed to appeal to a young adult audience and its two leads (both big stars in China) are convincing and sympathetic in their roles.

The problem is that in its last third the film becomes a slightly turgid police procedural: early scenes in the school feel much fresher. And there’s a striking parallel with Another Round – both show the social pressure school students now face to do well in examinations.

Better Days is available to view in the UK on Amazon Prime.

What’s it about?: An observational documentary – there’s no narrator – about the aftermath of the terrible fire at the nightclub Collective in Bucharest in 2015. Twenty-seven people were killed at the club itself with a larger number dying later in hospital. (The phone footage of the fire is brief but utterly terrifying.)

The film is mainly about the reaction of the then Romanian government and of its health system. Bucharest’s hospitals couldn’t cope with the injured and anti-bacterial medicines turned out to be useless because they had been diluted.

It was widely believed that the hospital fatalities were mostly avoidable; corruption and incompetence were blamed. Newspaper journalists pursue the guilty. The country’s health secretary resigns and his successor pledges to improve the system.

Chances of winning: Documentaries are rare in this category, though not unheard of. The first half of Collective is moving; the 2015 disaster isn’t the only fire which has shocked a nation in recent years. The persistence of the journalists in pursuing powerful men in a post-Communist society is admirable.

The director was fortunate that the incoming health secretary allowed him to film vital meetings and telephone calls. The documentary loses a little focus in later stages as it tries to follow victims of the fire as well as what’s happening politically. Will the film’s separate nomination as a full-length documentary divert some support in this category?

Collective is available to watch in the UK on Amazon Prime.

The Man Who Sold His Skin

What’s it about?: Loosely inspired by a work by the Belgian artist Wim Delvoye, this is partly a satire on the contemporary art scene. But the fictional story of Sam Ali also reminds us how indifferent people in the west can be to events in Syria.

Sam has to leave Syria for Lebanon after he makes a casual comment taken as critical of those in power. To secure travel to Europe he reluctantly agrees to have his entire back tattooed by the wealthy but vacuous artist Jeffrey Godefroi. The contract gives Sam money and a passport (except when it’s purloined by his agent, played by Monica Bellucci). Godefroi now owns Sam, who wants to get back to the woman he loves before she marries a man she can’t stand. Will he escape his fate?

Chances of winning: The film is attractive to look at and Yahya Mahayni is strong in the central role. But a satire needs teeth and this film has fewer than it thinks. As a parody of the avaricious mega-bucks art scene (possibly now beyond parody) it needs more energy and verve. Once we leave Syria the storyline is a bit predictable, though there’s a late attempt to surprise us.

The Man Who Sold His Skin has yet to receive a UK release date.

What’s it about?: Aida (Jasna Đuričić) is a teacher working for the UN as a translator in Srebrenica in 1995. Initially she has a guarded faith in the Dutch soldiers who run the UN compound outside the town. But they prove totally inadequate faced with Bosnian-Serb troops under General Ratko Mladic (today a convicted war criminal imprisoned in The Hague).

The film isn’t heavy-handed in apportioning blame for the real-life massacre of more than 8,000 Muslims which followed – but it’s hard to have sympathy for anyone who administered the base. The story creates a personal story for Aida to dramatise the horrific events around her: her UN pass keeps her safe but her husband and her sons are clearly in peril in the compound. The story adds a last chapter in which director Jasmila Žbanić offers us hope that things in the former Yugoslavia have moved on.

Chances of winning: The film – which was also Bafta nominated for best director and best film not in the English language – is gripping with a sense of dread building efficiently. Yet this is built around a shocking and true story so it’s impossible to enjoy in any normal sense. It’s a powerful and well-made reminder of shameful events in Europe barely 25 years ago. But as a film it’s unlikely to have enough support from Academy members to dislodge Denmark from the top spot.

Quo Vadis, Aida? is available to watch in the UK on Curzon Home Cinema.