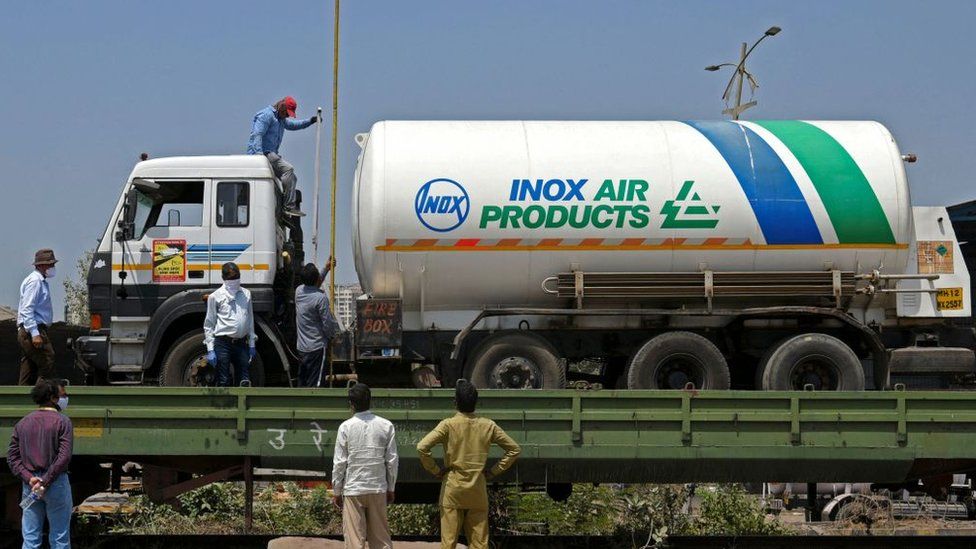 At least 22 Covid patients have died in a hospital in India after they lost oxygen supply due to a leak.

The incident occurred on Wednesday while an oxygen tanker was refilling a storage tank at the Zakir Hussain hospital in Nashik city.

It’s unclear how the accident happened and why it interrupted supply to patients.

But officials said there was no oxygen flowing to ventilators for about 30 minutes, leading to the deaths.

“We will enquire into the matter and take action,” the city’s municipal commissioner Kailash Jadhav said.

The hospital had called in tankers after it had begun to run out of oxygen. Hospitals across the country are struggling to keep oxygen supply going amid soaring demand.

“We want strict action against the culprits,” Amol Vyavhare, whose grandmother was one of the patients who died due to a lack of oxygen, told BBC Marathi.

Vicky Jadhav, whose grandmother was also among those who died, said she was “doing fine” when he left the hospital to bring her food.

“That’s when I got a call that she had become critical. When I asked hospital authorities, they said that there is no oxygen left in the hospital.”

Maharashtra, where Nashik is located, is one of India’s states worst affected by coronavirus and is facing a huge shortfall in oxygen.

India is in the middle of a deadly second wave of infections, recently reporting more than 200,000 cases daily. The surge has overwhelmed the country’s hospitals, creating a shortage of not just oxygen but also beds and life-saving drugs.

Hospitals in Delhi complained on Tuesday evening that they were hours away from running out of oxygen, and supplies were replenished late at night with tankers from the neighbouring state of Uttar Pradesh.