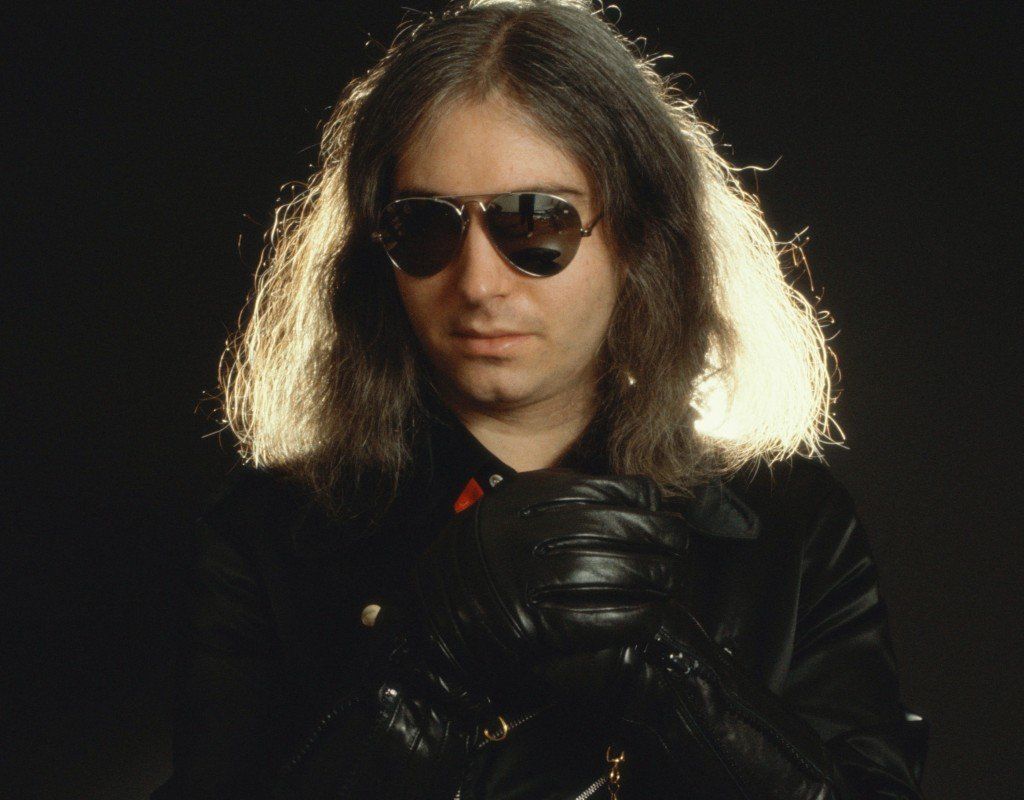 Jim Steinman, the colourful composer behind hits like Bat Out Of Hell and Total Eclipse Of The Heart, has died at the age of 73.

His brother Bill told the Associated Press that the songwriter and producer had died of kidney failure on Monday after being ill for some time.

“I miss him a great deal already,” he added.

Bonnie Tyler also paid tribute, saying she was “absolutely devastated” by news of her friend’s death.

Outside of music, “he was also a funny, kind, supportive, and deeply caring human being,” the Welsh singer wrote.

“The world is a better place for his life and his work and a worse one for his passing.”

Known for his bombastic, operatic productions, Steinman hit the big time in 1977 with the Meat Loaf album Bat Out Of Hell.

Styled as a rock opera, it contained hits like You Took The Words Right Out Of My Mouth and Two Out Of Three Ain’t Bad as well as the title track – and became one of the biggest albums of all time, with more than 50 million copies sold around the world.

The high-camp, over-the-top production was often imitated but never bettered – including by Steinman himself, although he came close on Bat Out Of Hell’s 1993 sequel, which spawned the worldwide number one single, I’d Do Anything For Love (But I Won’t Do That).

He later won the album of the year Grammy for his work on Celine Dion’s Falling Into You; and worked on Andrew Lloyd Webber’s musical, Whistle Down The Wind, which opened in the West End in 1998.

The Bat Out Of Hell album trilogy received its own stage musical in 2017, with every song penned by Steinman.

And while rock critics often looked down upon his extravagant and expansive style, the composer remained nonplussed.

“If you don’t go over the top, how are you ever going to see what’s on the other side?” he once asked.

“There is no other songwriter ever like him,” Meat Loaf said as Steinman was inducted to the Songwriters’ Hall Of Fame in 2012.

“I can never repay him. He has been such an influence, in fact, the biggest influence on my life, and I learned so much from him that there would be no way I could ever repay Mr Jim Steinman.”

Among the composer’s other famous hits were Bonnie Tyler’s Holding Out For A Hero, Barry Manilow’s Read ‘Em And Weep, Air Supply’s Making Love Out Of Nothing at All and the Cher/Meat Loaf duet Dead Ringer For Love.

Born and raised in New York, Steinman started his career in musical theatre, writing a score for a college production of Bertolt Brecht’s A Man’s a Man in 1968.

He followed that up with an original musical, The Dream Engine, which he later described as “a three-hour rock epic with tons of nudity”.

The show, in which he also starred, caught the attention of a Broadway producer, who offered him a job at New York’s Public Theater upon graduation.

There, he worked on several projects, including an adaptation of Wagner’s Das Rheingold. But his first big success came when Yvonne Elliman recorded his song Happy Ending for her 1973 album Food of Love.

The same year, an actor called Marvin Lee Aday auditioned for Steinman’s musical More Than You Deserve. The pair struck up a close friendship and, after Aday changed his name to Meat Loaf, they started work on the Bat Out Of Hell project.

It took several years to complete, and was rejected by four record labels. But when it was finally released in 1977, it became an immediate success in the UK and Australia. US fame followed a year later, after Meat Loaf performed on Saturday Night Live.

Despite the record’s success, Steinman maintained that his best song was Bonnie Tyler’s Total Eclipse Of The Heart.

“That song never goes away. It’s the biggest karaoke song in the world and it’s been covered dozens of times,” he told iHeartRadio in 2017. “It’s one of my children and I’m as proud of it as I am the others. I try not to play favourites but yeah, it’s special.”

He had several fallings out with Meat Loaf over the years, which often ended up in the court room, but they reconciled just as frequently, last working together on the 2016 album Braver Than We Are.

“There will be much more to say in the coming hours and days as we prepare to honour this giant of a human being and his glorious legacy,” it read.

“For now, do something that makes you feel young, happy and free. He’d want that for you!”

His manager David Sonenberg said Steinman suffered a stroke four years ago and that his health had recently been declining.

“Having the opportunity to work with him was one of the greatest privileges of my career,” she said. “My thoughts and prayers go out to his family and friends.”