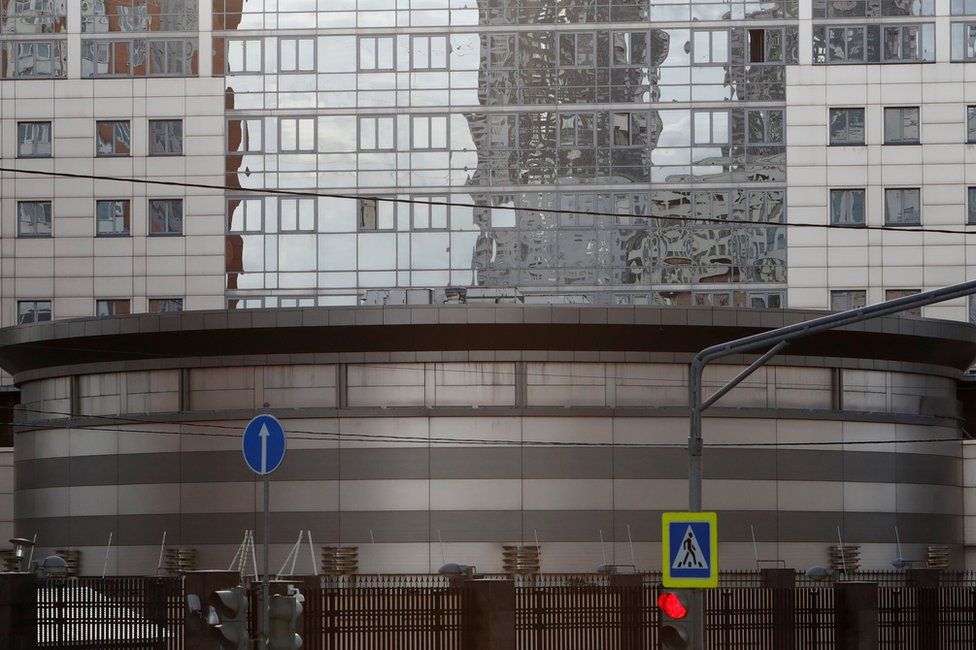 If the definition of a successful intelligence service is obscurity, the GRU is probably Russia’s most effective spy agency.

In communist times, the KGB became a byword in the West for Soviet spooks, whether they were infiltrating corridors of power abroad or suppressing dissidents at home, but few people ever heard of the GRU (an acronym pronounced like the English word “grew”).

Yet the military intelligence service – GRU stands for Main Intelligence Directorate – outlasted the KGB when the Soviet Union collapsed in 1991 and appears to be flourishing today.

The UK blames it for the Salisbury nerve agent attack of 2018 – when a former GRU officer living in Britain was poisoned along with his daughter – and the US blames it for major cyber attacks. Its operatives are also believed to have been active in the conflicts in Ukraine and Syria.

What do we know for certain about the GRU?

Russia has had a formal military intelligence service for more than 200 years, since the Special Bureau was set up during the Napoleonic wars.

After the Russian Revolution in 1917, it was reorganised and became known as the GRU in 1942 – at the height of the Second World War, when it was tasked with gathering intelligence abroad on Germany and its allies. During the Cold War, one of its notable early successes was to penetrate Britain’s atom bomb programme.

As well as running agents, the GRU has its own spetsnaz (special ops) commandos, whose mission is to conduct reconnaissance and sabotage. In Soviet times, they were active in conflict zones around the world, and spearheaded the invasion of Afghanistan in 1979.

When the Soviet Union broke up, the GRU’s great rival, the KGB secret police, split in two – a domestic version called the FSB (which Russian President Vladimir Putin once led) and a foreign service called the SVR – but the GRU remained intact.

It did change its name in 2010 from the Main Intelligence Directorate to the Main Directorate (the GU), but the GRU acronym stuck.

A report for the US Congress describes the GRU as a “large, expansive, and powerful organisation” but very little is known for certain about its size and operations.

There is only a brief mention of its role as a foreign intelligence agency on the website of the Russian defence ministry – it has no website of its own.

It is, the ministry says, tasked with “ensuring conditions conducive to the successful implementation of the Russian Federation’s defence and security policy” and providing officials with intelligence “they need to make decisions in the political, economic, defence, scientific, technical and environmental areas”.

So great is the secrecy which surrounds the GRU that when its then director, Igor Sergun, died suddenly in 2016, the Kremlin did not give the cause or place of death in its initial announcement.

What is the GRU known for today?

Sergun, in the post from 2011, had been placed on EU and US sanctions lists targeting top Russian officials after Russia’s annexation of Crimea from Ukraine in 2014. The EU also held him “responsible for the activity of GRU officers” supporting rebels in east Ukraine’s bloody conflict.

Security analysts credit Sergun with building up the GRU after it suffered drastic cuts, and the agency proved more effective on the ground in Ukraine than the FSB. One of the top commanders on the rebel side – Igor Girkin, alias Strelkov – was accused of being a GRU operative by the EU, which included him on the sanctions list.

Sergun did not live to see the impact of a very different kind of secret operation attributed to the GRU: the hacking of Hillary Clinton’s 2016 presidential campaign and the US Democratic Party, which saw the release of tens of thousands of private communications in an apparent effort to discredit a candidate seen as hostile to Russia.

The justice department eventually charged 12 Russians with the cyber attack. All were accused of being GRU officers. The Kremlin responded by saying there was no evidence linking the 12 to military intelligence or hacking.

If the GRU did indeed mount operations in Ukraine and against the US Democrats, then they certainly achieved what were presumably their goals: the rebels retain control of their territory in east Ukraine to this day, and Hillary Clinton famously lost the 2016 election to Donald Trump.

But other operations attributed to the agency appear to have been spectacular flops, albeit with deadly consequences as in Salisbury, where a woman died.

The two alleged GRU operatives who went to the UK not only failed to assassinate their presumed target, Sergei Skripal, but left a trail of evidence behind them like bungling amateurs – unless, of course, their disregard for CCTV cameras was deliberately brazen, meant to send a signal that Russia is prepared to take high risks in pursuit of its security goals.

Mr Skripal, convicted of treason and jailed in Russia, had been released in a spy swap in 2010.

In the same year as the Salisbury attack, four other suspected GRU agents were caught red-handed in the Netherlands trying to hack the wifi network of the chemical weapons watchdog, the OPCW, which was investigating the Skripal poisoning as well as a chemical attack in Syria.

Like the Salisbury suspects, they had left a trail of evidence online as well as on paper, although they were allowed to return to Russia by the Dutch authorities.

“The GRU has been extremely active, and inevitably some of those operations are going to be blown,” security analyst Mark Galeotti told BBC News at the time. “That doesn’t mean they are fools. Clearly the guidance they are getting is, within bounds: it doesn’t really matter. Don’t worry too much about the fallout.”