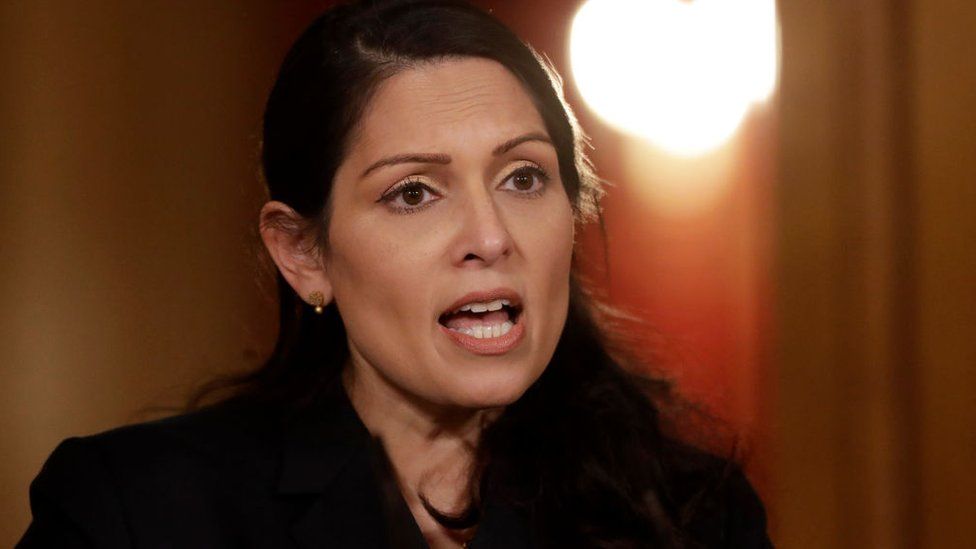 An American neo-Nazi group linked to five murders in the US should be banned in the UK as a terrorist organisation, the government has said.

Prosecutors have cited AWD as an influence on a number of teenagers in the UK convicted of terror offences.

Ms Patel said she was taking action “to protect young and vulnerable people from being radicalised”.

AWD would be the fourth neo-Nazi group to be banned in the UK, joining National Action, Sonnenkrieg Division and Feuerkrieg Division.

A formal ban, which will come into effect this week if the move is approved in Parliament, will make it a terror offence to be a member of the group or invite support for it.

The government will list National Socialist Order as a formal alias of AWD, meaning it is assessed to be the same organisation.

AWD was founded in 2015 and has since spread to several countries around the world.

It is part of a network of groups generated by a now defunct neo-Nazi internet forum called Iron March, which was based in Russia.

The British organisation National Action – itself banned in 2016 – emerged from the same space and inspired AWD.

The American group, in turn, influenced a series of other organisations, including a British version of AWD called Sonnenkrieg Division, which was exposed by the BBC in 2018 and outlawed in its own right last year.

In the US, people linked to AWD have been responsible for five murders, explosives offences, and hate crimes.

Prosecutors in several UK terror cases have cited AWD’s example as an influence on a number of teenagers, including:

Home Secretary Priti Patel said: “Vile and racist white supremacist groups like this exist to spread hate, sow division and advocate the use of violence to further their sick ideologies.

“I will do all I can to protect young and vulnerable people from being radicalised which is why I am taking action to proscribe this dangerous group.”

AWD’s racist ideology encourages the destabilisation and destruction of society through acts of violence by lone actors or small cells.

Adherents believe such activity will accelerate a predicted collapse of civilization and that white ethno-states can be formed in the aftermath.

Chief among the group’s influences are the veteran ideologue of neo-Nazi terrorism James Mason, the murderous cult leader Charles Manson, and elements of the Satanist organisation Order of Nine Angles.

Last year AWD announced it was disbanding, but it then re-emerged under the alias National Socialist Order. The AWD brand continues to be referenced by various right-wing extremists

It will be the first US addition to the official list of proscribed terror groups. More than 70 international terrorist organisations are currently outlawed, as well as 14 Northern Irish groups.

Bans ‘not the only solution’

The move comes during a period when right-wing extremism has become a major counter terrorism focus in the UK.

Dr Cassie Miller, a senior research analyst at US anti-hate organisation the Southern Poverty Law Centre, said the move to proscribe had been made “belatedly” and that bans “can’t be our only solution to the problem of right-wing extremism”.

She added that the group’s “central belief – that Western society should be brought to the point of collapse through acts of violence – animates a large part of the white power movement across the US and UK”.

“Proscribing the group doesn’t address the fact that their violent and apocalyptic ideology extends far beyond its small network of members.”