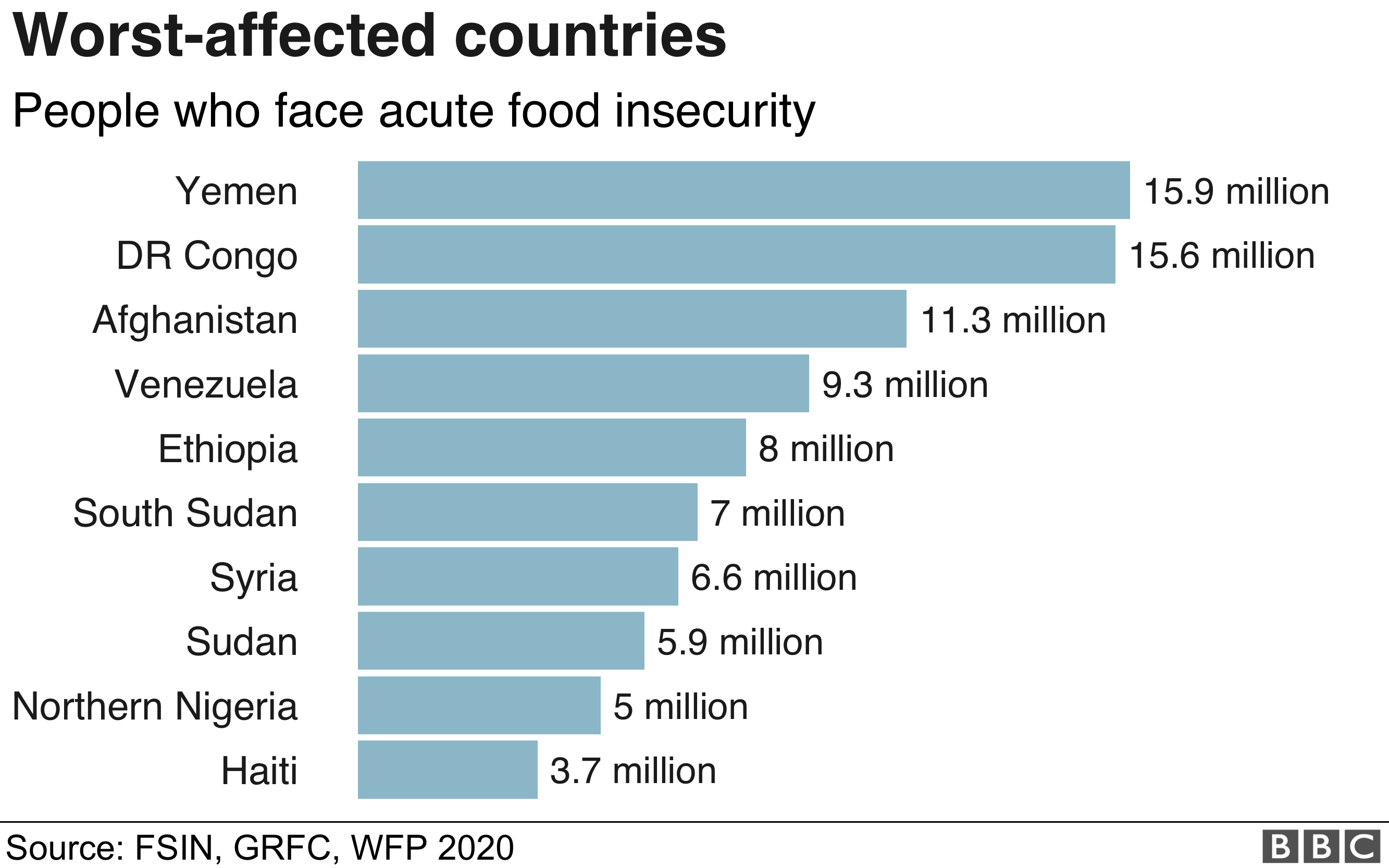 The United Nations’ World Food Programme (WFP) has reached a deal with the government of Nicolás Maduro in Venezuela to provide food to the country’s schoolchildren.

Child malnutrition has been on the rise as Venezuela’s once-prosperous economy has gone into freefall and health services have collapsed.

More than 5.3m Venezuelans have fled their home country amid the crisis.

The WFP aims to reach 185,000 school children by the end of this year.

A study by the World Food Programme published in 2020 suggested that one in three Venezuelans was not able to put enough food on the table to meet minimum nutrition requirements and was “in need of assistance”.

The study says that Venezuelans’ lack of dietary diversity was “of major concern” with many families not getting enough meat, fish, eggs, vegetables and fruits.

Families live mainly on cereals, roots and tubers, to which they add pulses, such as beans and lentils, the study – which was based on a nationwide survey of more than 8,000 Venezuelans – suggests.

Doctors are also reporting that severe malnutrition is causing rates of infant mortality to rise.

The Venezuelan government has not released any figures on infant mortality in the past four years, but the health ministry’s report for 2017 showed that child deaths had risen by 30% from the previous year.

What will the WFP do?

The World Food Programme will set up a presence in Venezuela and aims to provide daily meals to 1.5m students by the end of 2023.

The WFP will focus first on the most vulnerable children, those in pre-primary and special education schools. It says that schools are the best way to reach communities “in an independent manner”.

Critics of President Maduro have in the past accused him of trying to use international aid to bolster his rule by handing the aid only to those who back his party.

WFP Executive Director David Beasley thanked President Maduro “for allowing us to be independent and to not let any of our work to be politicised by anybody”.

How did it get that bad?

Venezuela, an oil-rich country, has been governed for more than 20 years by the socialist PSUV party.

From 1999 to his death in 2013, Hugo Chávez was president. When he first became president, he promised to drive down Venezuela’s huge levels of inequality.

While he managed to reduce inequality during his time in power, some of the socialist polices he brought in backfired.

Price controls, which were aimed at making basic goods more affordable to the poor, ruined many Venezuelan businesses because they no longer made a profit. With many businesses ceasing halting production, shortages of basic goods and food spread.

The economic situation has worsened severely since Hugo Chávez died and his right-hand man, Nicolás Maduro, became president in 2016.

Rampant hyperinflation has made the local currency, the bolivar, almost worthless. A cup of coffee with milk sets you back some 4.2m bolivars and many businesses now only accept US dollars.

And while more goods are now available again as traders set prices in dollars, they have again become largely unaffordable to the poor or those without access to the US currency.