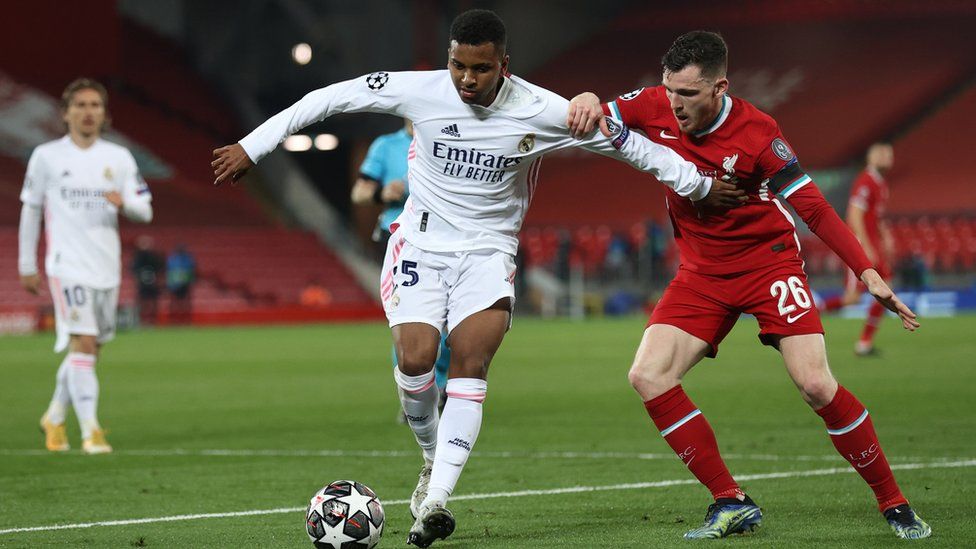 The European Super League has filed injunctions against Fifa and Uefa to try to stop them from banning clubs or players from future tournaments such as the Champions League.

In a letter to Fifa and Uefa seen by the BBC, ESL lawyers said they were concerned the footballing bodies could take “punitive measures”.

It comes amid widespread criticism of ESL’s decision to launch a breakaway league of top European clubs.

In the letter, ESL lawyers said: “We are concerned that Fifa and Uefa may respond to this invitation letter by seeking to take punitive measures to exclude any participating club or player from their respective competitions.”

They said they would consider that “adverse reaction” to be “unlawful” and that they had filed papers with “the relevant courts” to prevent the “seamless establishment and operation of the competition in accordance with applicable laws”.

An insider at the ESL said they had prepared themselves for a huge backlash and thought they were on firm legal ground with respect to competition law.

“I think in the cold light of day, they are looking at this and the reality is dawning that this is happening and it’s perfectly legal.”

There are currently 12 founding members of the ESL, six of which are English – Arsenal, Chelsea, Liverpool, Manchester City, Manchester United and Tottenham.

They have faced a fierce backlash, and there have been calls for Fifa and Uefa to ban clubs or players from next year’s Champions League, and future European Championships and World Cups.

Damian Collins MP, former chair of the Culture Media and Sport Select Committee, seemed to suggest a new regulator with statutory powers might be needed to stop the breakaway happening.

Speaking to the BBC on Tuesday he said: “Neither the FA nor the Premier League ever wanted an independent regulator – we may need to set one up with new statutory powers to prevent this”.

On Monday, Culture Secretary Oliver Dowden told the House of Commons that the government “rules out absolutely nothing” and was prepared to push through any new measures as quickly as possible.

The ESL are confident that a group in which 25% of its members can qualify in any given year (the five annual non-permanent invitees out of a total 20), and which has promised to distribute more money to lower clubs than the current set up, could not fit that description.

The UK’s Competition and Markets Authority can start an investigation if it finds enough evidence that any laws have been broken or that a proposal prevents or distorts competition.

It issued the following statement: “The proposals for a European football super league have attracted high levels of public interest. It is a complex area and we will be carefully considering any competition aspects of these proposals.”

The other 14 Premier League clubs met to discuss their response this morning.