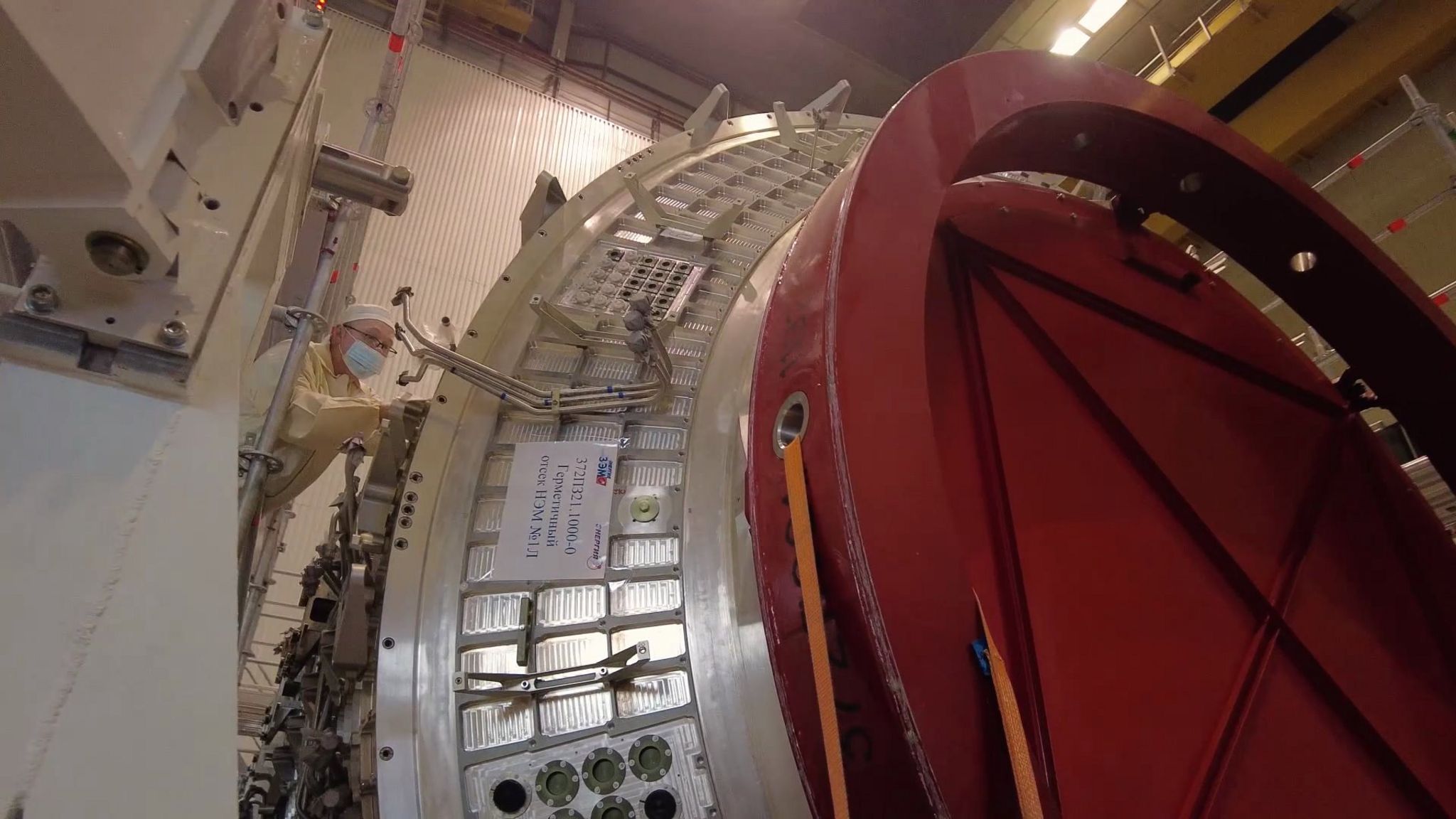 As tensions simmer between Russia and a number of Western countries on the ground, the head of the Russian space agency has announced work has begun on a space station of its own.

The International Space Station (ISS) was launched in 1998 by the Russian and US space agencies and has been hailed for its exemplary co-operation involving numerous countries.

But Russian officials have indicated they could pull out of the ISS in 2025.

The station’s structure is ageing.

Russia’s Roscosmos space agency says its agreement with international partners runs out in 2024. A decision on the ISS’ future will then be made on the condition of its technical modules, which have “reached the end of their service life”, and on Russia’s plans for its own orbital service station.

“We can’t risk the lives [of our cosmonauts]. The situation that today is connected to the structure and the metal getting old, it can lead to irreversible consequences – to catastrophe. We mustn’t let that happen,” Deputy Prime Minister Yuri Borisov was quoting as telling state TV.

Moscow would give its international partners “fair warning of our departure from the ISS in 2025”, he added.

Appearing to pre-empt that decision, the head of Roscosmos Dmitry Rogozin posted a video on the Telegram messaging app, adding that “the first core module of the new Russian orbital station is in the works”, with the aim of having it ready for launch in 2025.

Russia recently celebrated its proud history in space, marking the 60th anniversary of Yuri Gagarin becoming the first human to go into orbit. For years, Russia had a monopoly on manned space flight but last year Nasa astronauts were taken to the ISS via a capsule belong to Elon Musk’s SpaceX.

Relations between Russia and the US and several European countries have frayed recently too. US ambassador John Sullivan is to return home for consultations this week, after Moscow “recommended” he leave temporarily. Russia’s troop build-up near Ukraine’s eastern border and its treatment of President Vladimir Putin’s foremost critic, Alexei Navalny, have heightened tensions.

The Russian space module, being assembled by the Energia corporation, is set to cost at least $5bn (£3.5bn), Interfax news agency reports.

Mr Borisov told state TV that the planned Russian space station would orbit at a higher latitude and thus be better able to view the polar regions, which would be useful for the opening up of the Northern Sea Route. Russia hopes to develop the route as Arctic sea ice melts.

Russia would construct the new space station by itself, he said, while appearing to hold out the possibility of other countries taking part. “We’ll definitely [take partners], but we’ll manage by ourselves,” he told Rossiya 1 TV.

Last month said it had signed an agreement with China’s National Space Administration to develop a lunar research station on the surface of the Moon, in orbit or both.