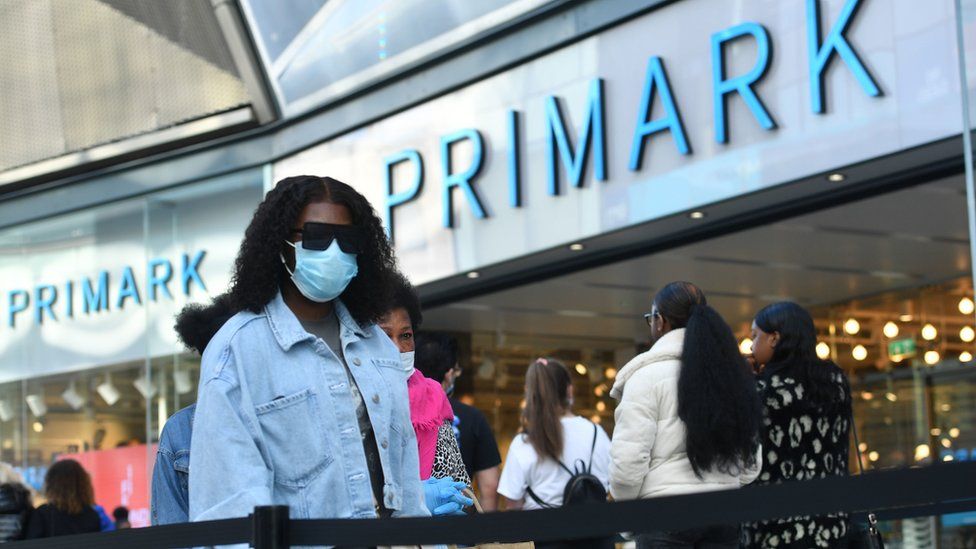 Primark has said the number of people visiting its stores in England and Wales since lockdown eased is now back to pre-pandemic levels.

The chain said the stores “delivered record sales” in the first week since reopening after more than three months.

Unlike most High Street retailers, Primark has no online operations.

As a result, the business has been hit hard by Covid restrictions, and estimates it lost £1.1bn in sales while stores were closed.

However, it said more than half of its stores broke their own sales records when they reopened last week.

“Compared to previous reopenings, this time we have seen excellent demand for our fashion ranges, particularly in womenswear,” the retailer said.

“We expect the period after the reopening of stores to be very cash-generative as we sell the higher-than-normal inventory on hand.

“In line with our normal practice, we have placed substantial orders for merchandise for the coming autumn/winter season.”

Primark said that despite the lack of sales during the enforced closure of its stores, the furlough scheme had allowed it to preserve all its 65,000 jobs.

“We estimate the loss of sales while stores were closed to be some £1.1bn and when stores were open, the restrictions resulted in like-for-like sales of -15% compared to last year,” it added.

Primark said it was “very optimistic” about opportunities for growth in the business, with “a strong pipeline of store openings across a number of growth markets”, particularly in southern and eastern Europe.

It was also looking to expand in France, Spain, Portugal and Italy, where the Primark brand “resonates strongly with consumers”.