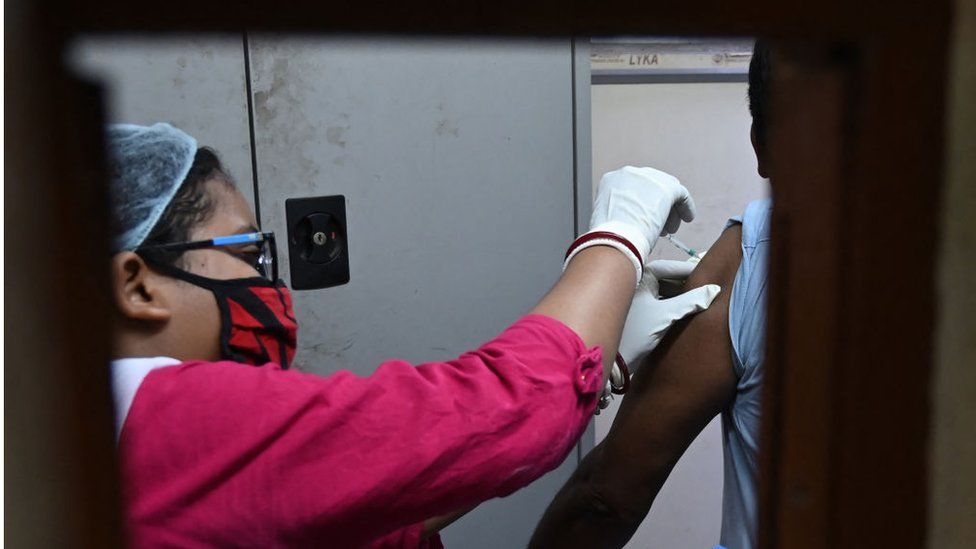 India has widened its vaccination programme as infections surge and the capital goes into lockdown.

All adults over the age of 18 will be offered a coronavirus jab starting from 1 May, the government said on Monday.

However, with vaccines in short supply in many states, it is unclear where the additional doses will come from.

The government said last week that it only had 27 million doses – or enough jabs for nine days at current rates of vaccination.

India is currently vaccinating health workers, front line workers and people over 45 but a number of states – including the worst affected Maharashtra state – have reported insufficient supply. There have been reports of people being turned away from vaccination centres in many areas.

Vaccine suppliers such as the serum institute have been unable to meet international requirements and have also warned of raw material shortages affecting production, which it attributed to US export bans on specific items needed to make vaccines.

So how will vaccines be ramped up?

The process so far has been controlled by the federal government, but the government is changing the rules, a move it says will increase production and availability and attract more domestic and foreign players.

Vaccine manufacturers will now have to supply 50% of the doses to the central government and the rest to state governments and the open market at a pre-determined price.

The government has also approved a $600 million grant for Serum Institute and Bharat Biotech.

How bad is the situation in India?

India has been reporting around 200,000 cases daily since 15 April – this is well past its peak last year, when it was averaging around 93,000 cases a day.

Deaths too have been rising. The government confirmed 1,619 deaths from the virus on Monday.

The capital Delhi ordered a six-day lockdown from Monday with city hospitals reporting shortages of beds, oxygen and key medicine.

Over the weekend, Delhi’s Chief Minister Arvind Kejriwal tweeted saying that oxygen has become an emergency in Delhi.”In view of sharply increasing cases, Delhi needs much more than normal supply,” he said.

This has prompted officials to start using the country’s behemoth rail network to start ferrying oxygen around the country in special trains.

The first train with seven tankers left from Mumbai in the western state of Maharashtra and is expected to reach Vizag in the southern state of Andhra Pradesh.

Many states have diverted industrial oxygen to be used for medical purposes.