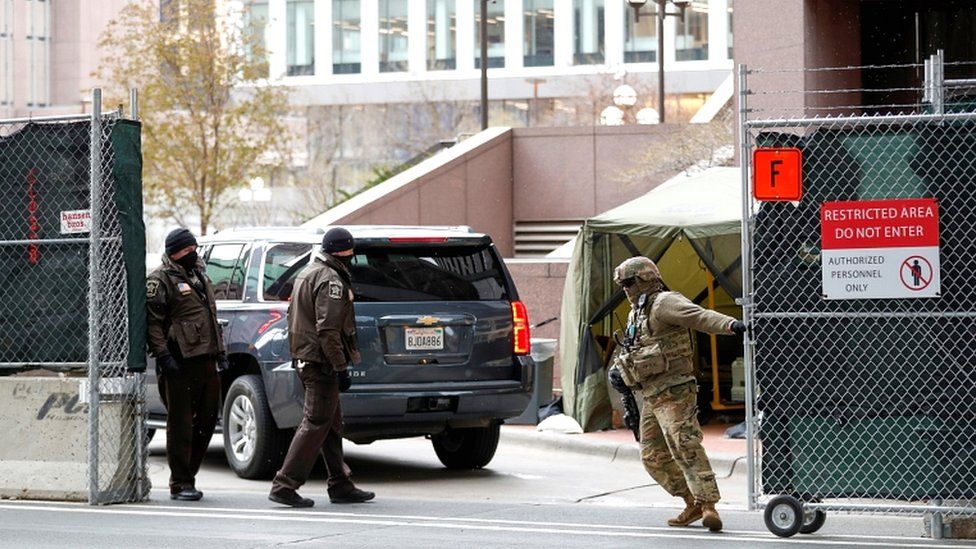 The jury in the trial of Derek Chauvin, the ex-police officer accused of killing George Floyd last year, has retired to weigh up its verdict.

Security has been ramped up around the court building in the US city of Minneapolis, which is protected by barbed wire, high barriers and armed soldiers from the National Guard.

“This was murder,” the prosecutor said in closing arguments on Monday.

But prosecutor Steve Schleicher urged jurors to “use your common sense. Believe your eyes. What you saw, you saw,” referring to the video showing Mr Chauvin kneeling on Mr Floyd for more than nine minutes last May.

“This wasn’t policing; this was murder,” he added.

A BBC correspondent in Minneapolis says the city is braced to deal with the fallout of whatever the jury decides.

What will happen when there is a verdict?

The streets around the court were quiet on Monday morning, but local residents are waiting to see what will happen once the verdict is reached.

One activist tells me they are planning to hit the streets, regardless of what kind of verdict is rendered.

If the jurors decide that Derek Chauvin is not guilty on all counts, or guilty only of manslaughter – a lesser charge – the activists will march.

But even if he is found guilty on all counts, the activists will still march – “a celebratory protest”, as one of them put it.

In that case, the campaigners will take to the streets to show their satisfaction with the verdict, and to demand justice for the others who have died while in police custody.