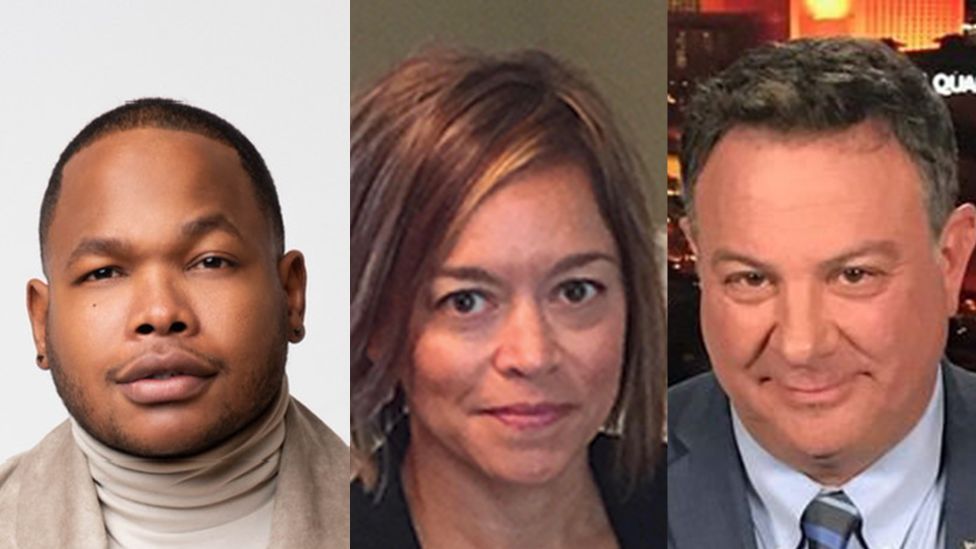 Tensions are high in Minnesota this week as the jury in the trial of former police officer Derek Chauvin prepares to deliver its verdict.

Mr Chauvin faces two counts of murder and one count of manslaughter over the death of George Floyd, an unarmed black man, last May in Minneapolis.

Protesters crowded the streets in Mr Floyd’s name in cities across the US and around the world over the summer.

The trial is being viewed as a referendum on policing in the US.

An African-American political hopeful, a Minnesota resident and a retired police veteran shared their thoughts with the BBC when the trial began in late March.

A community activist, an entrepreneur and a father of two, Curtis went viral last year for his impassioned message about the generational injustices African Americans have suffered. He is now running for city council in his hometown of Charlotte.

The state brought a very solid case, with very credible witnesses. I do believe the defence “won” a couple of days, but the prosecution held steady and remained strong throughout the whole case.

At the end, the defence tried to throw a wrench in there with the opinion that carbon monoxide may have been a factor in Floyd’s death. I feel like they were scrambling to convince the jury or give them some sense of doubt. Their case was basically speculation and opinion of what they think might have happened, and they never had hardcore facts.

When it comes to an officer of the law, one would think that the police protect police and any investigations they conduct are basically of themselves. Every moment when an officer of the law got up there and testified against Chauvin – that was a moment of great bravery, for themselves and for the departments that they serve.

People wanted to see if the police chief and all these other officers were going to hold this man accountable for what he did, and I believe that all of those moments were very significant. Police in uniform said that the force was unnecessary and that’s what Chauvin was on trial for: he killed this man for no reason.

The evidence is there. The facts are there. The testimonies are there. Everything is there and we need to come out with a conviction for sure. I hope the jury is going to come back with the fastest verdict in history and find him guilty of the highest charges.

Hopefully this is a teaching moment for police in America. It is time to protect and serve. Hopefully they start putting police in neighbourhoods that can actually police those neighbourhoods. A problem we are facing is that we are hiring police who have not had any interaction with individuals who live in these neighbourhoods and they don’t know how to react or de-escalate or don’t want to handle situations appropriately.

Melissa is a mixed-race resident of the Minneapolis-St Paul area and a mother of two. With the trial unfolding in her backyard, she is keeping a close eye on it and hopes to see some accountability

I think the state laid out a good case. They brought witnesses with details, and a lot of experts. They did a good job. And they faced a competent defence. This has been a fair trial, which is important, whether I agree with the defence or not.

The defence tried to argue that their police officers became distracted by the bystanders, who they tried to portray as a threatening crowd. I imagined myself there and I didn’t think they looked threatening. They looked extremely concerned, extremely upset and were pleading.

Listening to the testimony of the bystanders, understanding how desperate they were and “calling the police on the police” was very moving testimony for me.

I keep thinking about the fire department EMT [paramedic] – the woman who wanted them to check for a pulse. She was desperate to provide medical care. It was painful to watch her testimony, but I have to say all of the witnesses are sticking in my memory.

I think Derek Chauvin should be found guilty. He’s got three different charges against him and I don’t know the nuances of these different charges, but it’s up to the jury to find the perfect charge to find him guilty.

I still believe that if George Floyd had not encountered the police that day, he would still be alive, despite all his health issues and other stuff mentioned. I haven’t talked to anybody who doesn’t think the police were responsible for his death. There will be an outpouring of emotion in this community.

A retired police lieutenant who spent 34 years on the force in two states, Randy trained law enforcement for over three decades and founded The Wounded Blue, a national organisation that assists injured and disabled officers.

The cases presented the arguments as expected.

It’s pretty frustrating to be a police officer or a police veteran these days. It is guilt presumed before innocence, which is backwards to how the United States was established to be in its delivery of justice.

Recruitment of officers is down, and is in crisis. Who would want to be a police officer under these conditions? Not many.

The testimony that George Floyd had no carotid artery damage was very compelling to me. This would indicate that he was not suffocated via the neck.

And the evidence of the fentanyl in the back seat of the car was also an indicator that he was in fact on fentanyl as the autopsy showed. Fentanyl causes severe breathing difficulties.

It’s difficult to predict, given the political correctness and extraordinary amount of pressure this jury is under.

The unfortunate reality I think the country is facing is that anything short of first degree murder will bring riots.

[Note: Chauvin has been charged with second degree murder, not first.]

Catch up on the trial