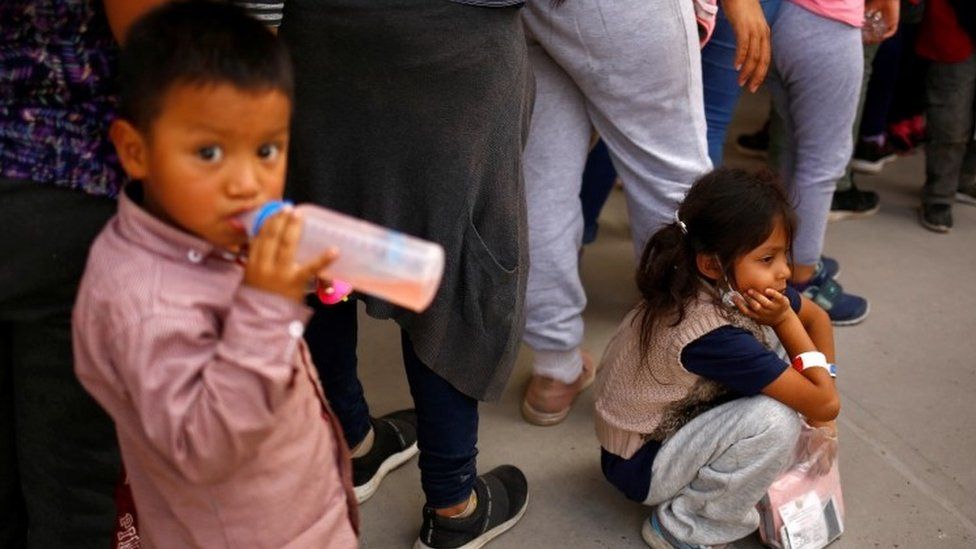 The number of migrant children trying to reach the US from Mexico has increased ninefold since the start of 2021, UN children’s agency Unicef says.

The rise from 380 to nearly 3,500 has overwhelmed the facilities at Mexico’s reception centres, it says.

The children are mainly from Honduras, Guatemala, El Salvador and Mexico itself. Half arrived without parents.

Nearly 300 children are added to their number every day, as they wait to cross into the US or are sent back.

“We are deeply concerned that living conditions for migrant children and mothers in Mexico could soon deteriorate further,” said Jean Gough, Unicef’s regional director for Latin America and the Caribbean.

Many families will end up attempting to send their children over the border unaccompanied or via people traffickers, in the hope that – once inside the US – President Joe Biden’s administration will reunite them with family members there, reports the BBC’s Latin American correspondent Will Grant.

However, the Mexican government has recently sent troops to its southern border to clamp down on migration north, and many more unaccompanied young people and migrants’ families are likely to be detained in the coming weeks, our correspondent says.

Reports say Mr Biden is concerned about letting in more people amid a record influx at the US-Mexico border.