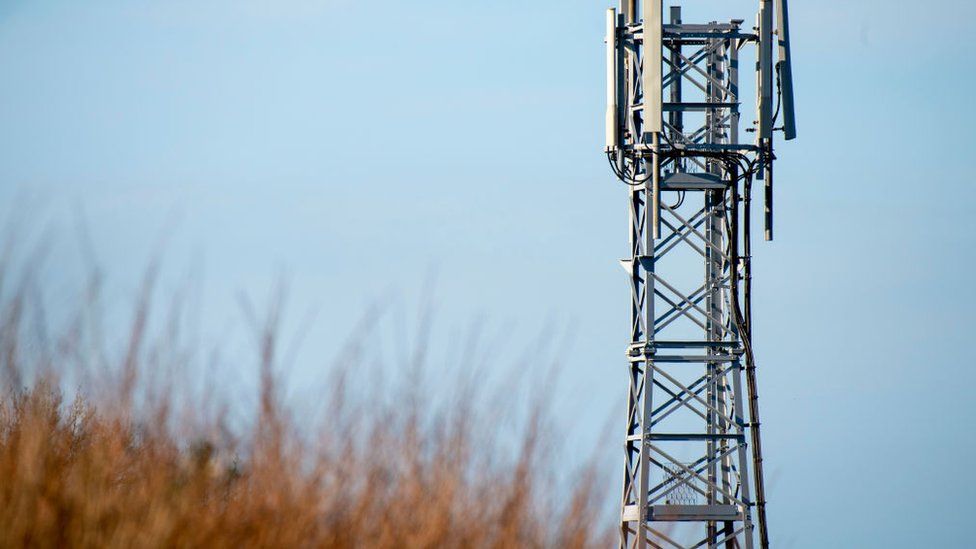 The government is to allow taller and wider mobile phone masts to be built across the English countryside to speed up the 5G network rollout.

Parliament will vote on the plans, which the government says would improve rural coverage, while “minimising any visual impact” on the landscape.

Some people are opposed to mobile phone masts because of their appearance.

Last month, one resident of the village of Scholes in West Yorkshire branded its two new 20m 5G masts an “absolute eyesore”. Local councillor Kath Pinnock said the fact that planning permission had not been required for them amounted to an attack on democratic rights.

The government launched a consultation on the plans in 2019. Former culture secretary Nicky Morgan said at the time that there had to be “a balance struck” between landscape and connectivity.

5G uses higher frequency waves so more devices can be connected to it, and have faster internet speeds.

However, they require more transmitter masts to enable the technology.

Mobile firms will be “incentivised” to focus on improving existing masts rather than building new ones, the Department for Digital, Culture, Media and Sport said.

“We want to level up the country and end the plague of patchy and poor mobile signals in rural communities,” said Culture Secretary Oliver Dowden.

“These practical changes strike a careful balance between removing unnecessary barriers holding back better coverage, while making sure we protect our precious landscape.”

The government has committed to extending 4G coverage to 95% of the UK – regardless of which network customers use – by 2025.

Mobile UK, which represents the four networks, welcomed the proposals and said the legislative changes should be brought “as quickly as possible” to ensure “ambitious targets” were met.

The changes are long overdue and will help to address a “worrying digital divide” in rural communities, CCS Insight analyst Kester Mann said.

“But it is vital to strike the right balance between improving connectivity and preserving the beauty of the countryside.”

Paul Lee, global head of research at Deloitte, said: “Since the pandemic started, voice calls have been upgraded to video calls; 2G is fine for the former but cannot support the higher bandwidth video conference call, but 4G can.

“4G in rural areas would enable not just consumers to be more connected, but for its residents to have more options to work from rural locations, offering most likely a better quality of life.

“Essential services such as healthcare could also be delivered over a 4G network more readily than a 2G one.”