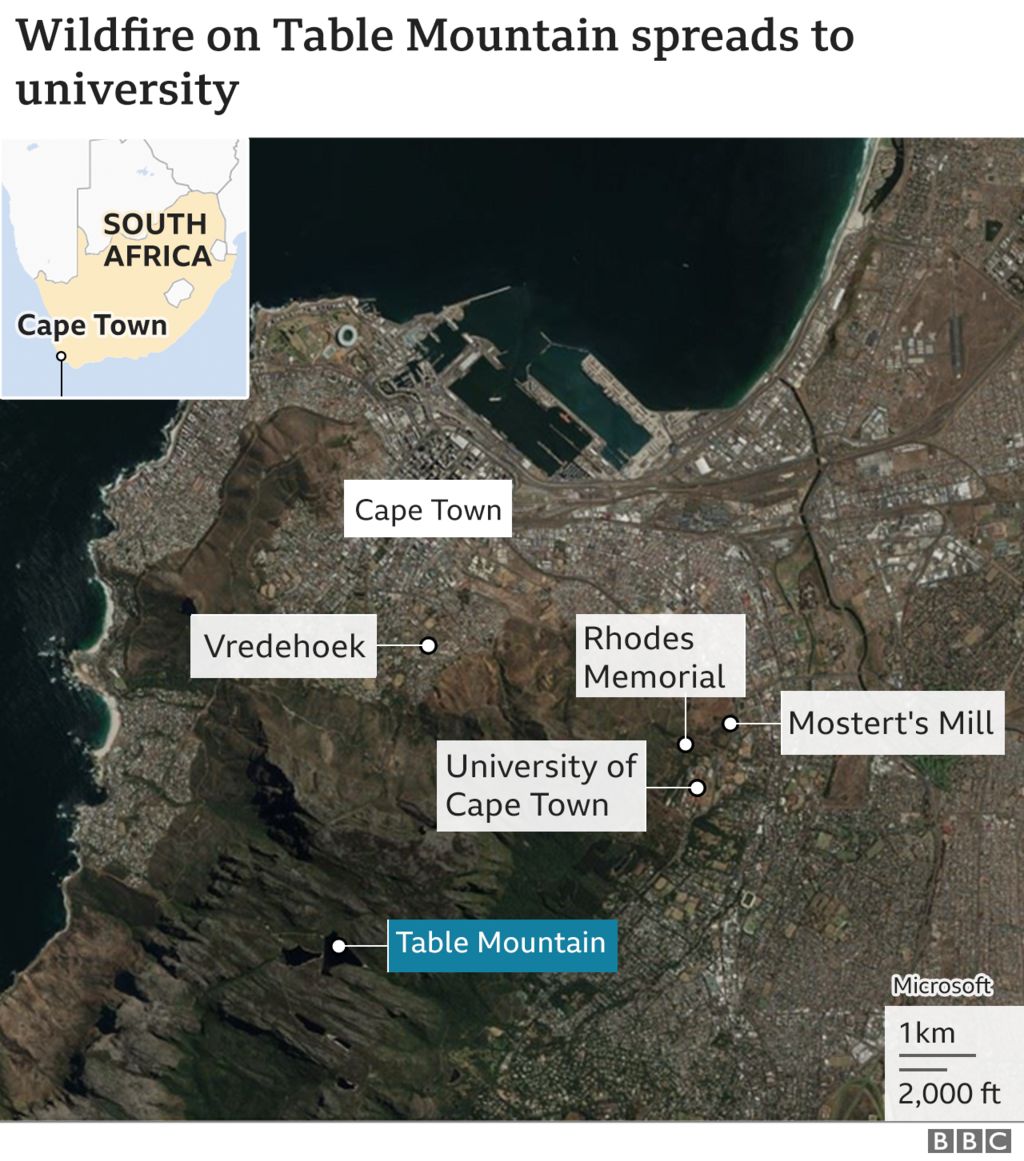 The blaze spread quickly after breaking out on Sunday morning near a memorial to politician Cecil Rhodes. A restaurant was destroyed.

About 250 firefighters have been battling the blaze, which has been fanned by strong winds.

Helicopters were used to water-bomb flames, but their work had been hampered by the strong winds.

South African National Parks said firefighters were alerted at 09:00 local time (07:00 GMT) on Sunday. The flames spread quickly because of the low humidity and dry bush.

The fire created its own wind further increasing the rate of spread, it added, estimating that firefighters would need at least three days to control the blaze.

City officials said a suspect had been detained amid speculation that new fires may have been started and the original fire was an act of arson.

“The fire is not under control yet. At this time, the wind is a major contributing factor,” a statement issued by city officials said.

The emergency services have evacuated some residents from the upmarket suburb of Vredehoek, along the slopes of Table Mountain.

Schools in the suburb have been also ordered to evacuate.

“The fire that initially started in the vicinity of Rhodes Memorial just under 24 hours ago continues to rage and has spread in the direction of Vredehoek,” city officials said in a statement.

Disa Park, which refers to three identical residential buildings close to the foot of Table Mountain, has also been evacuated.

The nearby University of Cape Town has also been shut and students evacuated.

The fire destroyed the Reading Room at its 200-year-old Jagger Library and the historic Mostert’s Mill. Other buildings were also affected.

“Some of our valuable collections have been lost,” the university said.

This includes some 3,500 archival collections, including the Bleek-Lloyd collection of San language and mythology, the university added.

Residents in the area have been warned of smoke and soot in the air, and told to keep windows and doors closed.

Meanwhile hikers in the Table Mountain National Park have been urged to leave and drivers who have parked in the area have been told to collect their vehicles.

All photos subject to copyright