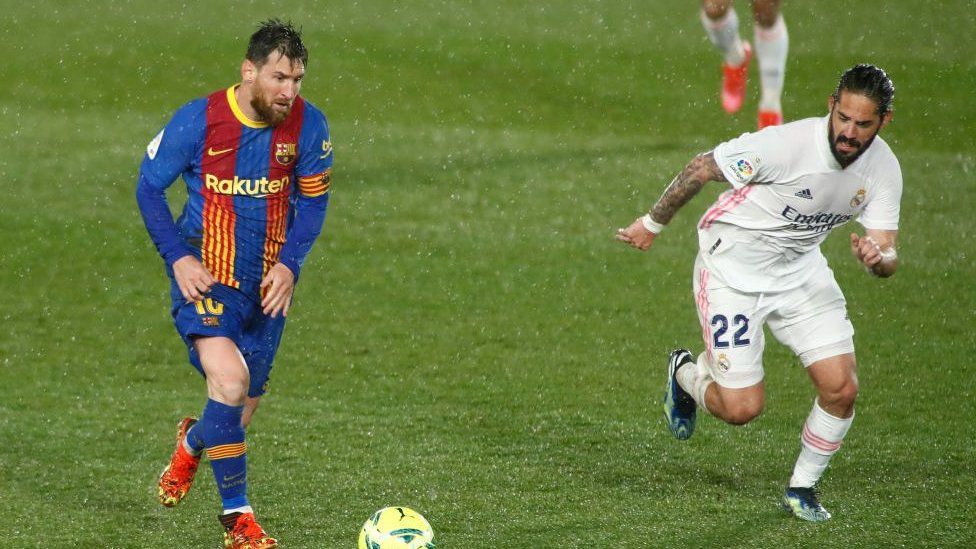 Some of the world’s biggest football clubs have agreed to join a new European Super League (ESL) that will rival the current Champions League competition, one of the biggest club tournaments in world football.

While the new ESL won’t replace domestic leagues like England’s Premier League and Spain’s La Liga, the clubs that compete in it face the threat of being kicked out of their domestic leagues by Europe’s football governing body.

Why are these big clubs doing this?

Money seems to be the driving force. The ESL says it will result in a greater distribution of revenue throughout the game.

Football club revenues have been hit hard by the Covid pandemic with disrupted fixtures and lack of spectators. Big clubs have superstar players with multi-million pound salaries that need to be paid.

“The formation of the Super League comes at a time when the global pandemic has accelerated the instability in the existing European football economic model,” said a joint statement released by the 12 founding clubs on Sunday.

The new annual European tournament “will provide significantly greater economic growth and support for European football via a long-term commitment,” the statement added.

It is offering “uncapped solidarity payments” to European football which will grow in line with league revenues. ESL says these will be “substantially higher than those generated by the current European competition and are expected to be in excess of €10bn (£8.6bn)” during the early stages.

What about domestic leagues?

Leagues like England’s Premier League and Italy’s Serie A have huge TV audiences across the globe. The fear is these may be weakened by the new ESL.

Uefa, Europe’s governing football body, warned on Sunday that clubs involved in the ESL would be banned from all other competitions at domestic, European or world level and players could be also prevented from representing their national teams.

But the breakaway clubs are being enticed with big financial carrots that they have not been able to ignore as the pandemic continues to dent their revenues. Details of talks emerged last October involving Wall Street bank JP Morgan over the new £4.6bn competition.

The founding clubs will receive a share of €3.5bn “to support their infrastructure investment plans and to offset the impact of the Covid pandemic,” ESL organisers said.

Juventus chairman and vice-chairman of the ESL Andrea Agnelli said the 12 clubs had “come together at this critical moment, enabling European competition to be transformed, putting the game we love on a sustainable footing for the long-term future”.

While the big clubs from England’s Premier League, Spain’s La Liga and Italy’s Serie A have signed up, France and Germany’s top clubs have so far decided not to.

How will it work?

The European Super League will have 20 participating clubs – 15 founding ones with five other clubs qualifying each season.

The clubs will play in a new midweek competition with teams continuing to compete in their respective national leagues, the ESL was keen to stress.

Under the proposals, the ESL 20-team league would be split into two groups of 10, playing each other home and away.

The top three in each group would qualify for the quarter-finals, with the teams in fourth and fifth playing a two-legged play-off for the two remaining spots.

From then on, it would have the same two-leg knockout format used in the Champions League, with a final in May at a neutral venue.

The league plans to launch “as soon as practicable”.