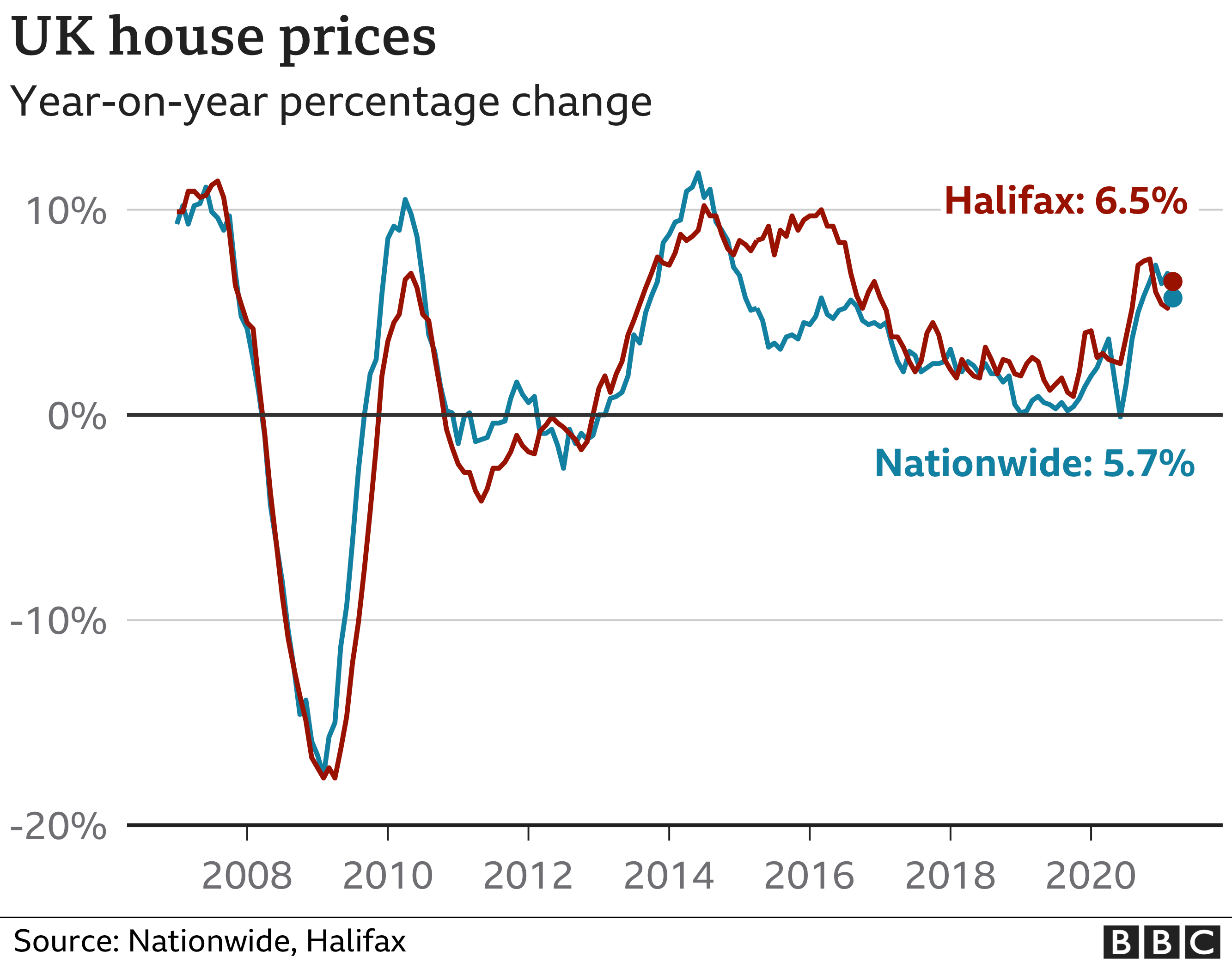 High Street lenders are now starting to offer mortgages to borrowers offering a deposit of just 5% under a new government guarantee scheme.

The policy, announced in the Budget, is designed to help more first-time buyers secure a home.

But the launch comes as average house prices in the UK continue to rise to record levels.

Analysts also suggest that cheaper deals are available for those able to stretch to a 10% deposit.

The scheme is similar to policies previously used to boost the housing market and the economy, as well as offering support to those buying a home for the first time.

The new scheme will be available to anyone buying a home costing up to £600,000, unless they are buy-to-let or second homes.

The government is offering a partial guarantee, generally of 15%, to compensate lenders if the borrower defaults on repayments.

The guarantee is designed to give lenders the confidence to offer 95% loan-to-value mortgages – many of which were withdrawn during the Covid crisis.

Lloyds, Santander, Barclays, HSBC and NatWest are starting to offer products this week and Virgin Money will do so next month.

However, some lenders such as Halifax, which is part of Lloyds Banking Group, and Barclays have said that these products will not be available for new-build properties.

Chancellor Rishi Sunak said: “Every new homeowner and mover supports jobs right across the housing sector, but saving for a big enough deposit can be hard, especially for first-time buyers.

“By giving lenders the option of a government guarantee on 95% mortgages, many more products will become available, boosting the sector, creating new jobs and helping people achieve their dream of owning their own home.”

However, lenders will still carry out affordability checks. Anyone who has lost a job, or whose income has been sporadic owing to the pandemic’s effect on employment may find it difficult to secure a mortgage.

House prices have been rising – partly because of government stimulus, and there are concerns too about the potential for some to fall into negative equity if this is followed by sharp falls in property values.

Some of the new mortgage rates are close to 4% for a two-year fixed rate deal. Analysts say that this could be cut significantly, by as much as 0.75 of a percentage point, for borrowers able to stretch to a 10% deposit.

“With more lenders poised to launch deals for this sector of the market, [borrowers] level of choice should hopefully increase even further,” said Eleanor Williams, from financial information service Moneyfacts.

“Increased competition within the higher loan-to-value tiers will hopefully translate to more competitive rates for these borrowers.”