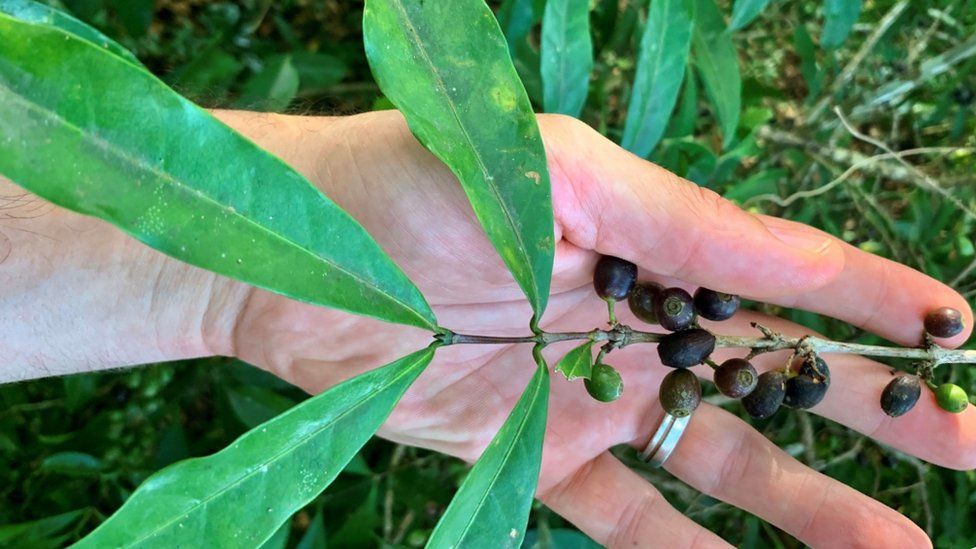 Scientists say a “forgotten” coffee plant that can grow in warmer conditions could help future-proof the drink against climate change.

They predict we could soon be sipping Coffea stenophylla, a rare wild coffee that tastes like high-quality Arabica coffee, but grows in warmer conditions.

Studies suggest that by 2050, about half of land used for high-quality coffee will be unproductive.

To find a wild coffee that tastes great and is heat and drought tolerant is “the holy grail of coffee breeding”, said Dr Aaron Davis, head of coffee research at the Royal Botanic Gardens, Kew.

“Being somebody who’s tasted a lot of wild coffees they’re not great, they don’t taste like Arabica so our expectations were pretty low,” he told BBC News.

“And we were completely blown away by the fact that this coffee tasted amazing. It has these other attributes related to its climate tolerance: it will grow and crop under much warmer conditions than Arabica coffee.”

Coffea stenophylla is a wild coffee species from West Africa which, until recently, was thought to be extinct outside Ivory Coast.

The plant was recently re-discovered growing wild in Sierra Leone, where it was historically grown as a coffee crop about a century ago.

A small sample of coffee beans from Sierra Leone and Ivory Coast were roasted and made into coffee, which was then tasted by a panel of coffee connoisseurs.

Over 80% of judges could not tell the difference between Stenophylla and Arabica in blind tastings, the researchers reported in the journal Nature Plants.

They also modelled climate data for the plant, which suggests it can potentially tolerate temperatures at least 6C higher than Arabica.

Seedlings will be planted this year in order to start assessing the wild coffee’s potential in safeguarding the future of high-quality coffee.

Dr Davis hopes Stenophylla will one day be grown again in Sierra Leone on a major scale.

“It’s not going to be in coffee shops in the next couple of years, but I think within five to seven years we’ll see it entering the market as a niche coffee, as a high value coffee, and then after that I think it will be more common,” he said.

What is Arabica coffee?

Arabica beans are deemed to have a superior taste. The coffee is grown in the mountains and accounts for over 60% of the world’s coffee production.

Arabica has limited resilience to climate change; farmers are already experiencing the impacts of elevated temperatures and low or erratic rainfall.

Other threats to coffee production include price fluctuations, pests and diseases, and extreme weather.

The research was carried out in collaboration with the French research institute Cirad and the University of Greenwich.

Where is wild coffee found?

The vast majority of wild coffee grows in the remote forests of Africa and on the island of Madagascar. Beyond Africa, wild coffee is found in other tropical climates, including parts of India, Sri Lanka, and Australia.

What types of coffee do we drink?

More than 100 types of coffee tree grow naturally in forests, but only a handful are used for drinking.

A third species – Liberica (Coffea liberica) is grown around the world, but is rarely used for coffee drinks.