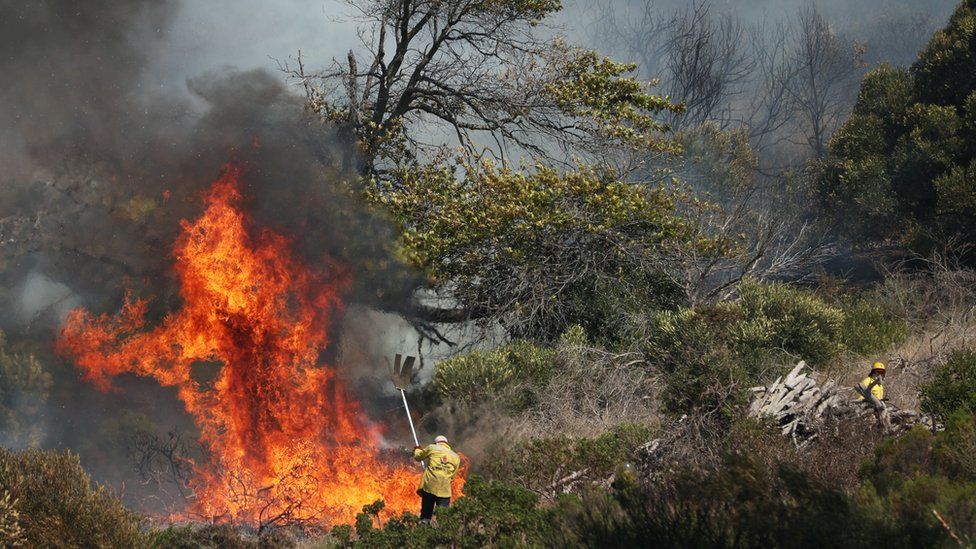 A wildfire is raging out of control on the slopes of Table Mountain above the city of Cape Town, South African authorities say.

The blaze has destroyed part of a cafe at the Rhodes Memorial overlooking the city’s port. Hundreds of students have been evacuated from a nearby University of Cape Town campus.

The fire is moving towards the campus, the Western Cape Government said.

Three helicopters are water-bombing the flames.

Firefighters were first alerted at 08:45 local time (06:45 GMT). Local environment chief Anton Bredell said the situation was serious and the wind was picking up, which he said was a cause for concern.

Residents in the area have been warned of smoke and soot in the air and told to keep windows and doors closed.

People who were in the area and city residents have been uploading footage of the blaze.