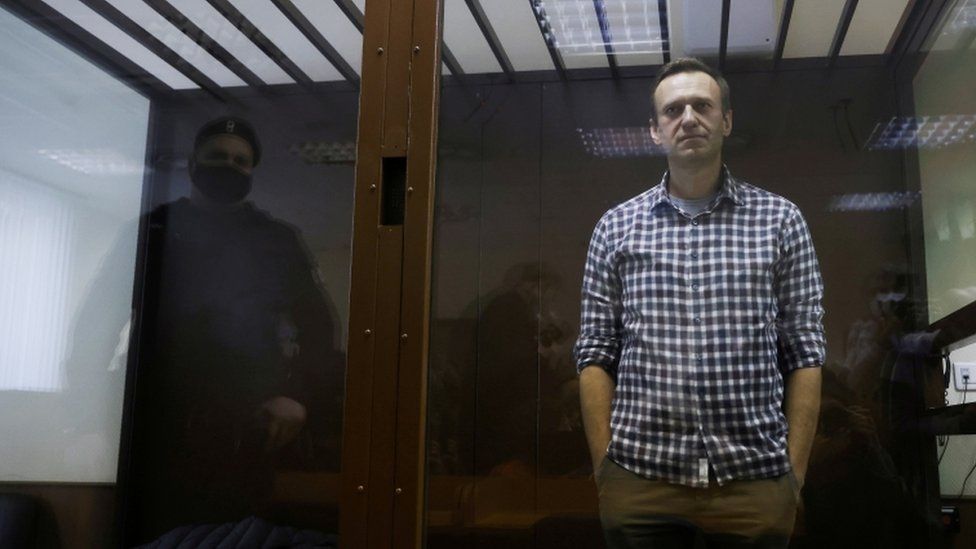 Doctors for the jailed Russian opposition activist Alexei Navalny say he “will die within the next few days” if not given medical attention.

Navalny has been on a hunger strike for 18 days, to demand proper treatment for acute back pain and leg numbness.

A prominent critic of President Vladimir Putin, he was jailed in February for old embezzlement charges.

Four doctors, including his personal physician, Anastasia Vasilyeva, have written to prison officials to ask for permission to see him urgently.

In the letter, which Dr Vasilyeva posted on Twitter, the experts said Alexei Navalny’s potassium had reached “critical levels”.

Having received test results we, the doctors of Alexey Navalny, address the head of Federal Penitentiary Service. Due to critical state of health of Alexay Navalny we express our concerns and our readinness to enter into discussion followed by consilium. 1/ pic.twitter.com/cRG2fkq9yk

“This means both impaired renal function and that serious heart rhythm problems can happen any minute,” it explained.

Having blood potassium levels higher than 6.0 mmol (millimoles) per litre usually requires immediate treatment. Navalny’s blood test results, which were obtained by his lawyers, showed his were at 7.1, the letter said.

The doctors have urged prison officials to let them examine Navalny immediately, “taking into account the blood tests and his recent poisoning”.

Alexei Navalny, 44, nearly died in August 2020 when he was poisoned with the chemical nerve agent, Novichock. He accuses President Vladimir Putin of ordering the poisoning, which the Kremlin denies.

Navalny’s wife Yulia said her husband now weighed 76kg (168 pounds), which is down 9kg since starting his hunger strike, according to AP.

Alexander Polupan, who was one of the doctors to treat Navalny after the poisoning, posted an image of his blood test results, and said they were an “absolute indication” that he needed urgent medical care or he would “die within the next days”.

Also joining the call for action are more than 70 well known writers, artists and academics, who have have signed a letter calling on President Putin to ensure Navalny receives adequate medical care.

Navalny says he is suffering from acute back pain and numbness in his right leg. Earlier this month, he complained of a persistent cough and high temperature, and was moved to a sick ward in the prison in the town of Pokrov.

He went on the hunger strike to demand access to his own medical team. Russia’s prison authorities say he has refused treatment from their doctor.

Navalny’s lawyers, who have been visiting him in custody, say there are no doctors at the prison and the medical unit on-site is run by a single paramedic.

Human rights campaigners say the prison is known for its especially harsh conditions, and Amnesty International said Navalny had been incarcerated in conditions that amount to torture and may slowly be killing him.