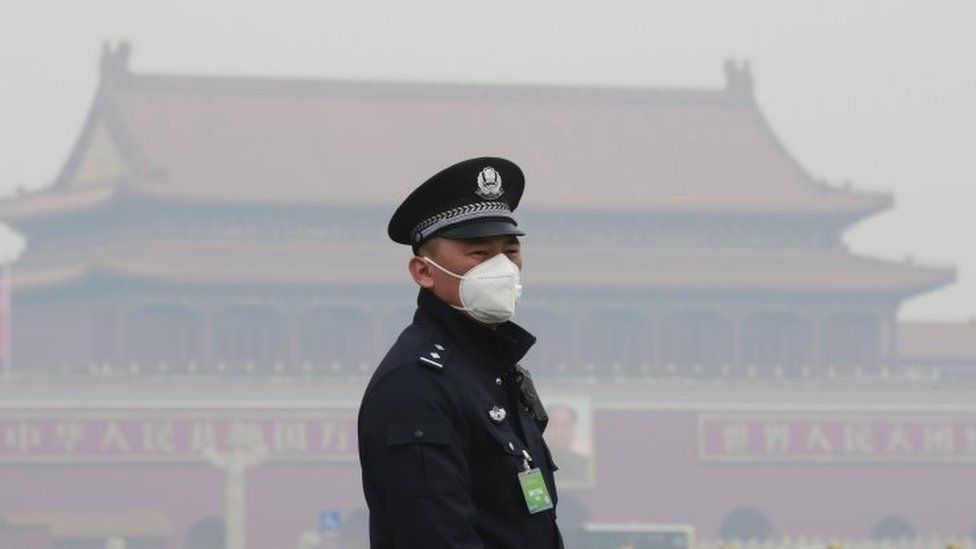 China and the US say they are committed to working together and with other countries on tackling climate change.

It comes after several meetings between Chinese climate envoy Xie Zhenhua and his US counterpart John Kerry in Shanghai last week.

They both agreed on further specific actions to reduce emissions, a joint statement on Sunday confirmed.

US President Joe Biden is holding a virtual climate summit this week, which China says it is looking forward to.

However it is not yet known if Chinese President Xi Jinping will join the world leaders who have pledged to attend.

“The United States and China are committed to cooperating with each other and with other countries to tackle the climate crisis, which must be addressed with the seriousness and urgency that it demands,” the statement said.

It added that both nations will continue to discuss “concrete actions in the 2020s to reduce emissions aimed at keeping the Paris Agreement-aligned temperature limit within reach”.

“It sends a very unequivocal message that on this particular issue (China and the United States) will cooperate. Before the meetings in Shanghai this was not a message that we could assume, ” Mr Li told Reuters news agency.

Mr Kerry’s trip to China is the first high-level visit by a member of the Biden administration since the new US president took office. However US and Chinese officials met for talks in Alaska last month.

Ahead of his trip to Shanghai, Mr Kerry told CNN that China’s co-operation was “absolutely critical” to battle the climate crisis.

“Yes, we have big disagreements with China on some key issues, absolutely. But climate has to stand alone,” he said.

Climate scientists warn that global heating needs to be kept well below 2C above pre-industrial levels, with an aim for an increasingly ambitious 1.5C goal, to avoid the worst of climate breakdown.