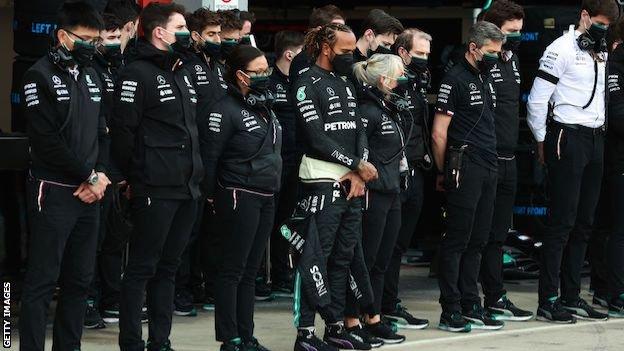 The world of sport has paid tribute to Prince Philip, the Duke of Edinburgh, on the day of his funeral.

A minute’s silence was held at football’s early kick-offs, as well as before qualifying at the Emilia Romagna Grand Prix in Imola.

Schedules across sport were adjusted to avoid clashing with the funeral, which was held at St George’s Chapel, Windsor, on Saturday.

In football, the Football Association recommended no games were played between 14:45 and 16:15, with all matches in the English Football League (EFL) moved to either either 12:30 or 17:30.

There was also no Premier League match between 14:45 and 16:15, with a minute’s silence taking place in the early kick-off between Newcastle United and West Ham United.

A period of silence was held at men’s English Premiership and Women’s Premier15s rugby union matches across the country.

Play was paused at the World Snooker Championship at the Crucible in Sheffield to hold a minute’s silence, while the same occurred at matches in cricket’s County Championship.