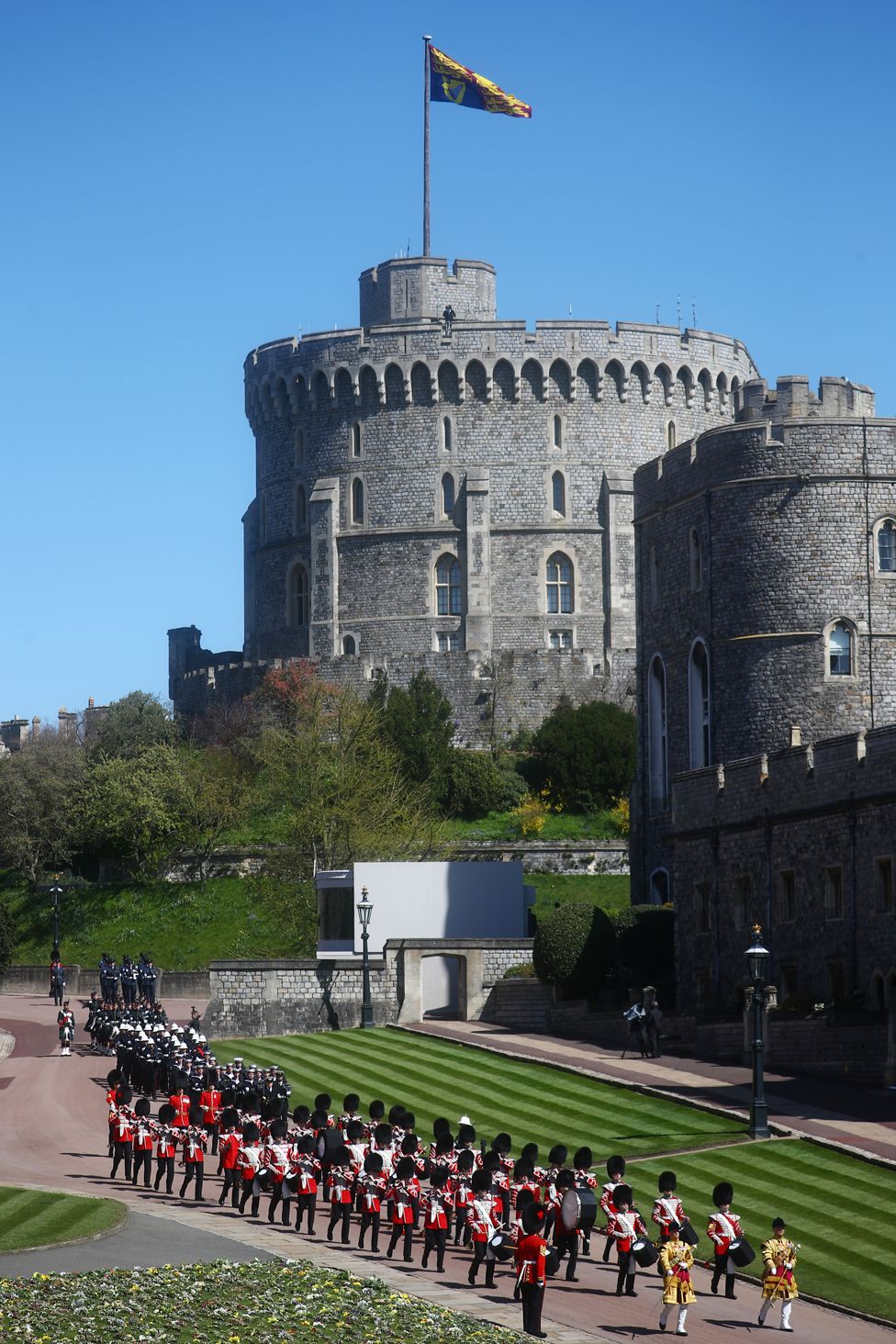 The Queen has led her family – and the nation – in mourning at the funeral of her husband, the Duke of Edinburgh, in the grounds of Windsor Castle.

The Queen was seated at the front of the Quire, nearest the altar. Directly opposite her was the Prince of Wales alongside the Duchess of Cornwall.

The duke’s coffin began its journey to St George’s Chapel with the bearer party lifting it from its resting place in the castle’s inner hall and walking towards the state entrance.

Nine members of the Royal Family walked behind the coffin, with Princess Anne and Prince Charles in the front row, followed by Prince Edward and Prince Andrew.

In the third row, the Duke of Cambridge and Prince Harry walked either side of their cousin, Peter Phillips.

Vice Admiral Sir Timothy Laurence and the Earl of Snowdon were in the next row, followed by members of the duke’s household staff.

Before the minute’s silence, the Queen’s car arrived at the chapel as the national anthem played. She went inside to be met by the Archbishop of Canterbury.

Hundreds of people watched on as the King’s Troop Royal Horse Artillery made their way along the Long Walk up to Windsor Castle at midday.

Dozens of riders, wearing black, gold and red uniforms and carrying three guns, rode up to the castle’s Cambridge Gate.

Members of the regiment fired minute guns from the east lawn of Windsor Castle as Prince Philip’s coffin was taken from the castle to the chapel.

Some members of the public have been in Windsor to pay tribute to the duke but the area has largely been quiet due to the restrictions.

The Duke of Edinburgh personally selected the regalia that has been placed on the altar at St George’s Chapel in Windsor.

The insignia – the medals and decorations conferred on him by the UK and Commonwealth countries – has been positioned on nine cushions. He has included insignia from Denmark and Greece in a nod to his birth heritage as a prince of Greece and Denmark.