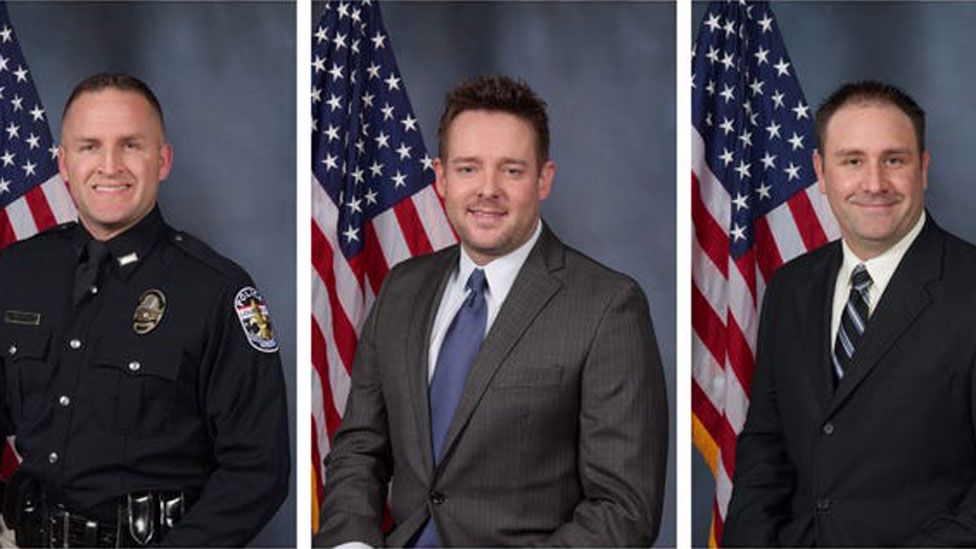 A US publisher says it will not distribute a book by a police officer involved in the fatal shooting of black woman Breonna Taylor.

Jonathan Mattingly, who was shot in the leg during a raid on Ms Taylor’s home last year, is writing a book telling his version of what happened.

Her killing spurred Black Lives Matter protests across the US.

After an online backlash, Simon & Schuster said it would not distribute the book on behalf of its publisher.

Mr Mattingly’s book, The Fight for Truth: The Inside Story Behind the Breonna Taylor Tragedy, will be released by independent publisher Post Hill Press, it was reported on Thursday. The publisher releases conservative political books, among other genres.

More than 20,000 people signed a petition calling on Simon & Schuster, which has a deal to distribute Post Hill Press’s books, to cancel arrangements to distribute the title.

Later on Thursday, Simon & Schuster said it would “not be involved”.

“Like much of the American public, earlier today Simon & Schuster learned of plans by distribution client Post Hill Press to publish a book by Jonathan Mattingly,” the publisher said on Twitter. “We have subsequently decided not be involved in the distribution of this book.”

Post Hill Press said it would press on with the work.

“His [Mattingly’s] story is important and it deserves to be heard by the public at large. We feel strongly that an open dialogue is essential to shining a light on the challenging issues our country is facing,” a spokesperson said in a statement provided to the Associated Press.

Who is Jonathan Mattingly?

Mr Mattingly, 48, was one of three plainclothes officers who conducted a raid on Ms Taylor’s home in Louisville, Kentucky, on 13 March 2020. Police had a warrant to search for drugs but none were found.

When they entered the apartment, Mr Mattingly was shot in the leg by Ms Taylor’s boyfriend Kenneth Walker, who said he fired a single shot after fearing an intruder was breaking into the apartment.

The officers returned fire, killing Ms Taylor, a 26-year-old emergency medical technician. Mr Mattingly fired at least one of the shots that hit Ms Taylor, but not the one that killed her, a FBI report said.

In September, a grand jury cleared Mr Mattingly and the other officers of murder charges.

Last year, he accused city officials of failing “all of us in epic proportions for their own gain and to cover their asses”.