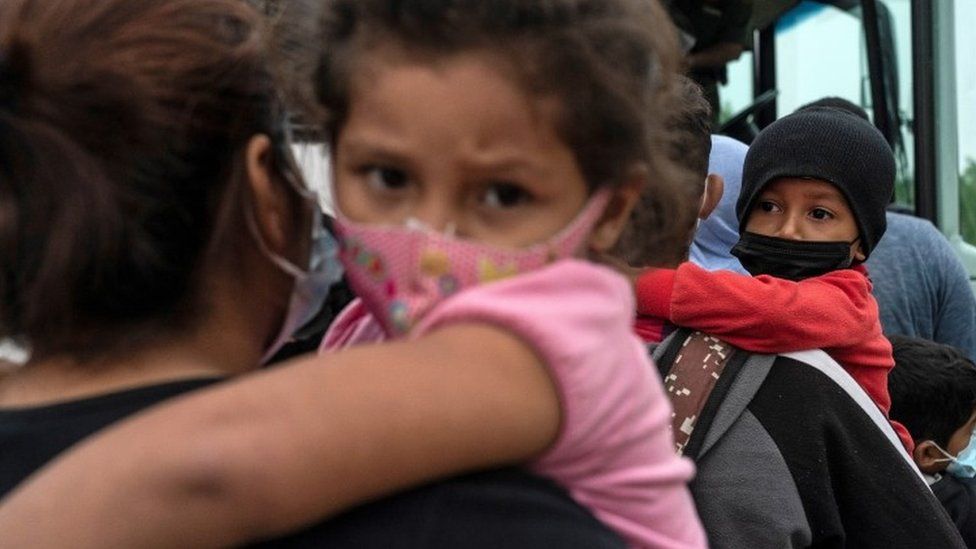 President Joe Biden has reversed course hours after signing an order to keep the number of refugees admitted annually to the US at Trump-era levels.

Mr Biden met fierce backlash on Friday as he held the cap at the historically low figure of 15,000, two months after he pledged to increase it to 65,500.

Reports say Mr Biden is concerned about letting in more people amid a record influx at the US-Mexico border.

UN figures indicate there are more than 80 million refugees worldwide, with 85% of them hosted by developing countries.

What did Biden’s order do?

The White House said Friday’s order would speed up refugee admissions to the US – since October around 2,000 people have been admitted under the programme.

The order also changes the allocation of who is allowed in, with more slots being provided to arrivals from Africa, the Middle East and Central America, and an end to restrictions on resettlements from Somalia, Syria and Yemen.

But Mr Biden kept the maximum number of refugees allowed in annually at 15,000, a ceiling set by his predecessor as president, Donald Trump.

Mr Biden stated the Trump-era cap “remains justified by humanitarian concerns and is otherwise in the national interest”.

What did the White House say later?

Following outcry, White House spokeswoman Jen Psaki said the president’s directive had been the “subject of some confusion”.

She blamed the Democratic president’s failure to deliver on the 62,500 figure that he announced to Congress two months ago on “the decimated refugee admissions programme we inherited”.

Ms Psaki said Mr Biden’s order on Friday was meant to allow refugee flights to the US to begin within days.

The press secretary added: “With that done, we expect the president to set a final, increased refugee cap for the remainder of this fiscal year by May 15.”

She did not specify a number, though she said “his initial goal of 65,000 seems unlikely”.

In a speech to the state department in February, Mr Biden vowed to raise the figure to 125,000 within the next budget year.

Nearly 85,000 refugees were resettled in the US during the final year of Barack Obama’s presidency.

Jenny Yang, senior vice-president at World Relief, a humanitarian organisation, told CNN that White House claims the US refugee resettlement programme needed to be rebuilt after the Trump years was “a completely false narrative”.

“It’s not grounded in any sort of reality,” she said. “It’s not that they don’t have the resources. It’s a purely political calculation at this point.”

A US official earlier told Reuters news agency the administration had been concerned about looking “too open” with rising numbers of migrants arriving at the Mexican borders.

In March, at least 172,000 migrants were stopped at the US-Mexico border – the most in 20 years – and many were unaccompanied children.

Mr Trump’s speechwriter and immigration adviser Stephen Miller tweeted that the directive “reflects Team Biden’s awareness that the border flood will cause record midterm losses”, referring to the congressional elections that happen midway through a president’s term, which will next be held in November 2022.

Senate Foreign Relations Chair Bob Menendez called the figure “appallingly low”. Dozens of other party members wrote to Mr Biden ahead of the decision urging him to raise the cap.