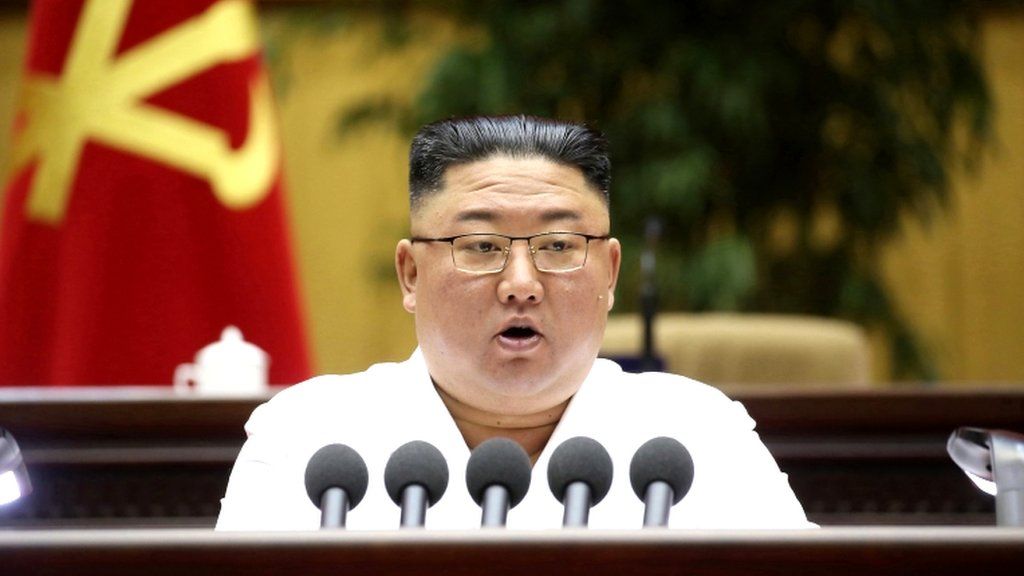 Speaking at a party conference, Mr Kim appeared to compare the situation to an infamous deadly famine in the 1990s.

It has brought trade with China, its economic lifeline, to a standstill.

This is also on top of existing international economic sanctions over Pyongyang’s nuclear programme.

In a rare admission of looming hardship, the authoritarian leader on Thursday called on party cadres to “wage another more difficult ‘Arduous March’ in order to relieve our people of the difficulty, even a little”.

The Arduous March is a term used by North Korea officials to refer to the country’s struggle during a devastating famine during the 1990s, when the fall of the Soviet Union left North Korea without crucial aid. Around 3 million people are estimated to have died during that period.

Lina Yoon, a researcher from Human Rights Watch, said in a recent report citing unnamed contacts in the country that “there is barely any food going into the country from China for almost two months now”.

“There are so many more beggars, some people died from hunger in the border area, and there’s no soap, toothpaste, or batteries.”

Kim Jong-un is shoring up support within his party as times get tough. He’s making sure that the warnings are coming from him – perhaps so that when things get worse, he can blame his officials for not acting on his orders.

He can also blame the Covid-19 pandemic and the strict economic sanctions designed to curb his nuclear weapons programme for the dire economy.

Tightly controlled by the government, North Korea’s economy is one of the least-free in the world and is said to be highly inefficient.

The enormous cost of maintaining the military and security structures has left very little to the ordinary North Korean.

International economic sanctions imposed to pressure North Korea to abandon its nuclear programme have made it worse, as has the ongoing closure of the country’s borders to keep the coronavirus out.

Trade with China has come to a halt since early 2020, cutting off a vital lifeline of official and unofficial supplies to the country.

North Korea claims the border shutdown has kept it Covid-free, though analysts doubt this claim.