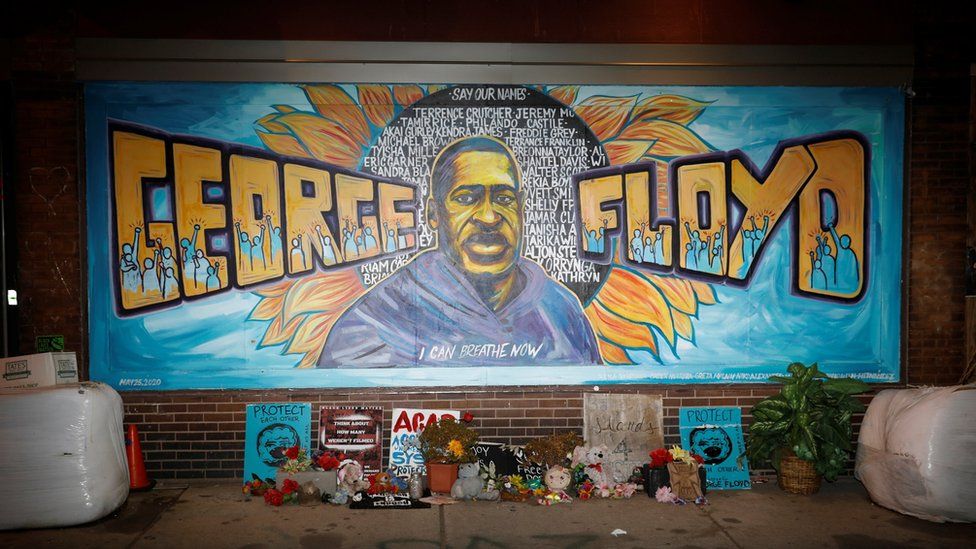 George Floyd died from a lack of oxygen as he was pinned “in a vice” against the street during his arrest, a doctor at the trial of ex-police officer Derek Chauvin in Minneapolis has said.

Dr Martin Tobin said Mr Floyd did not die from fentanyl found in his system, contradicting the defence’s argument.

Mr Chauvin, 45, was filmed kneeling on Mr Floyd’s neck for more than nine minutes during his arrest last May.

The ex-officer is on trial for murder and has denied the charges against him.

The trial is in its second week and is expected to last for at least one month. The defence is due to begin arguing its case in court next week.

The prosecution in the case of Mr Chauvin has now begun hearing from medical experts.

What did the experts say about fentanyl?

A toxicology report released last June said that Mr Floyd had the painkiller fentanyl and the drug methamphetamine in his system.

Since then, the defence has argued that the fentanyl caused Mr Floyd’s loss of oxygen.

However Dr Tobin, an intensive care doctor, said that Mr Floyd’s breathing did not slow down enough for the painkiller to have been a factor in his total loss of oxygen.

Dr Smock said there was “no safe” amount of methamphetamine to be in someone’s system, and told the court that Mr Floyd complained about being unable to breathe before he was restrained on the ground.

What else was the court told?

Asked about the positioning of the handcuffs behind Mr Floyd’s back, coupled with the downward pressure of Mr Chauvin’s weight against him, Dr Tobin – an expert in pulmonary medicine – said that Mr Floyd’s ability to expand his chest was severely impaired.

He said it was his medical opinion that Mr Floyd died after a low level of oxygen stopped his heart.

“[George Floyd] is jammed down against the street, so the street is playing a major role in preventing him from expanding his chest.

“He’s against a hard asphalt street, so the way they’re pushing down on his handcuffs combined with the street… it’s like the left side is in a vice.”

Dr Tobin said the positioning of the handcuffs was also significant.

Dr Tobin said that the position of Mr Chauvin’s knee, pushing down against the left side of Mr Floyd’s chest, meant that it was “almost… as if a surgeon had gone in and removed the [left] lung”.

“Not quite, but along those lines.

“He has used up his resources and is literally trying to breathe with his fingers and knuckles against the street to try to crank up his chest, to try to get air into his right lung,” he added.

‘Healthy person would have died too’

Dr Tobin said that Mr Floyd had already shown signs of brain injury about four minutes before Mr Chauvin took his knee off his neck, and that a healthy person who was put through this “would have died” too.

About three minutes before Mr Chauvin removed his knee, Dr Tobin said, there was “not an ounce of oxygen left in his body”.

During his cross-examination, defence attorney Eric Nelson suggested that Dr Tobin’s assessment was “conditioned upon [Mr Floyd] being a healthy individual”.

“We understand that Mr Floyd had some heart disease,” Mr Nelson said. “That’s going to affect blood flow in a person?”

Dr Tobin said that if Mr Floyd had been suffering from a coronary condition at the time he would have been “complaining of chest pain and demonstrating a very rapid respiratory rate,” adding: “We don’t see either.”

Mr Nelson also suggested that some of Dr Tobin’s calculations were theoretical – that he was assuming Mr Chauvin’s weight, and the weight of his equipment.

He also said: “It’s fair to say that the training that is provided by the Minneapolis police department in terms of medical care comes nowhere close to your level of expertise.”

On Wednesday, the police chief of Minneapolis testified that Mr Chauvin had violated the agency’s policy on force during Mr Floyd’s arrest.

Medaria Arradondo said the way Mr Chauvin had restrained Mr Floyd was not in line with training and “certainly not part of our ethics and our values”.

Mr Nelson said that an officer’s actions must be seen from the point of view of an officer at the scene, not in hindsight.

The defence has argued that Mr Floyd’s efforts to resist arrest necessitated the restraint.

The main medical examiner, who conducted the county-commissioned autopsy, is expected to give evidence at the trial on Friday.